Friday we all loaded up to go watch the Metro Christian Academy vs Poteau High School Football Game. Logan is in the Metro Choir and they were singing the Star Spangled Banner before the game. 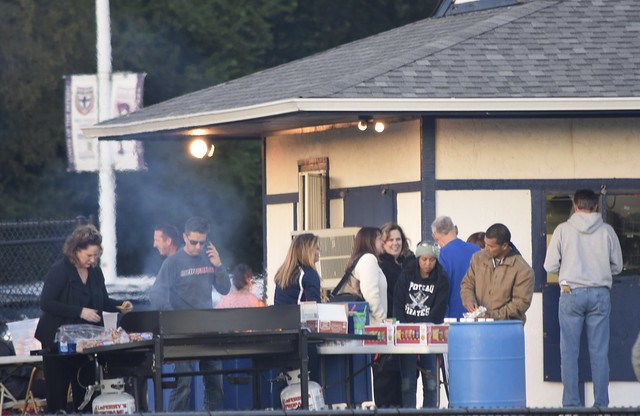 The booster club was grilling food for sale. Is talking on the phone while grilling lawful? 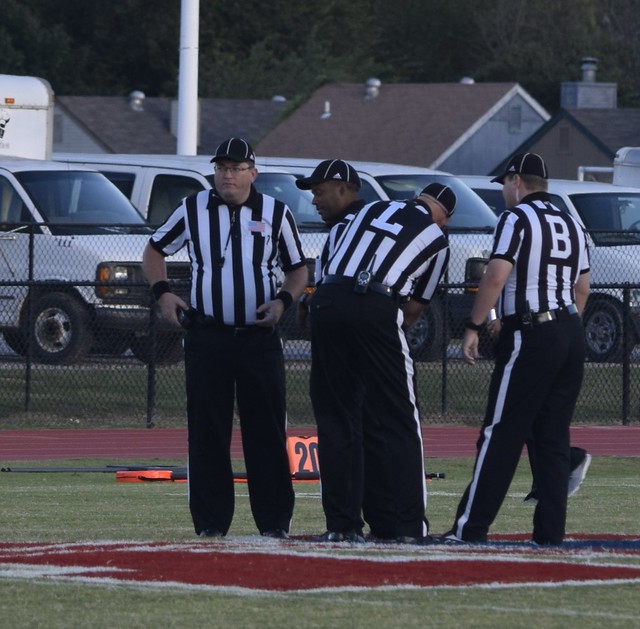 The Zebras were keeping to themselves. Nobody has any love for these guys. 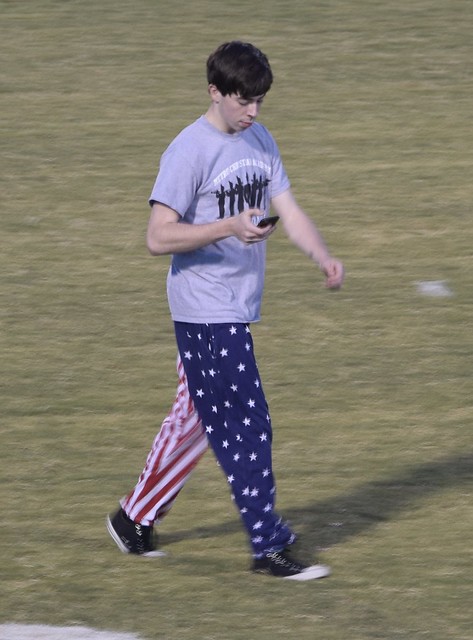 The latest fashions were on display. No joke, the young guys at the office were checking out web pages trying to buy pants similar to these.

The Choir gathered out on the field to get instructions and warm up. I think here they are playing the game of “Everybody look all different directions.” Or so it seems to me. 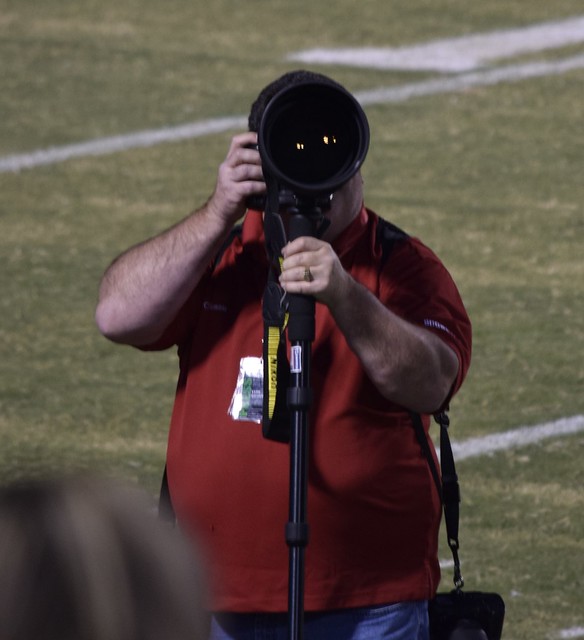 The photographer was out doing his thing while I was doing my thing and we got each other. 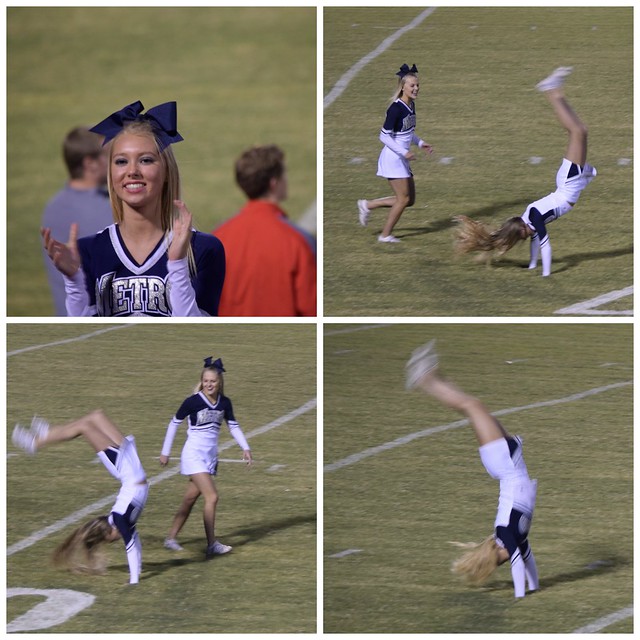 The cheerleaders were warming up. A big difference between cheerleaders today and way back about 40 some years ago is the athleticism of the cheerleaders. They were doing front flips and back flips and hoisting each other in the air.  They are athletes themselves.  The cheerleaders way back when were just as pretty but not as athletic. Or you know, maybe they were and just didn’t display it for everybody. These girls were amazing. 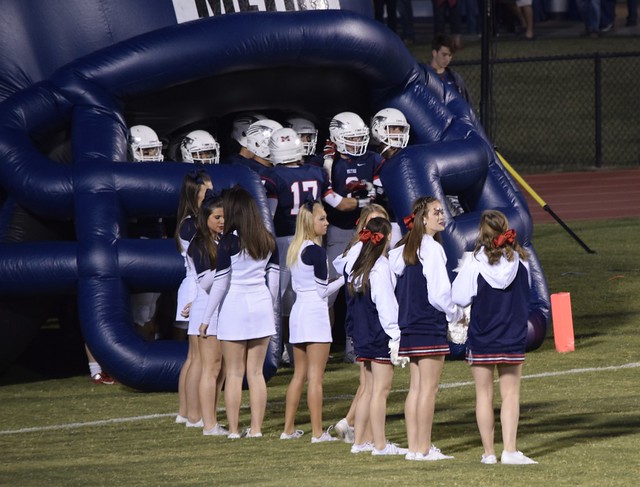 Metro’s team got in their big inflatable helmet. I don’t blame them, that is where the cheerleaders were. 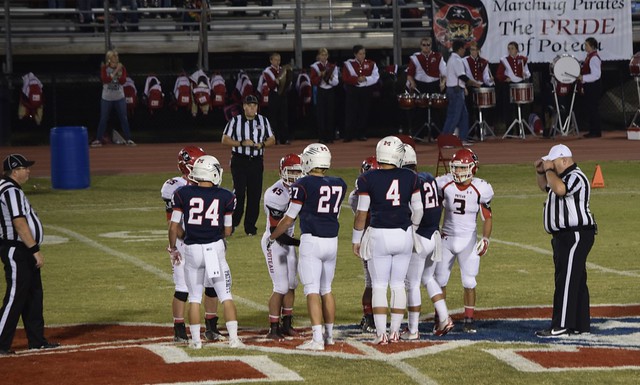 And then the coin toss and shaking hands and all that.

The Metro team captains ran back to the helmet and then the gun sounded and they all ran out.

Poteau is a small town in eastern Oklahoma. I think they suited everybody in town up for the game. 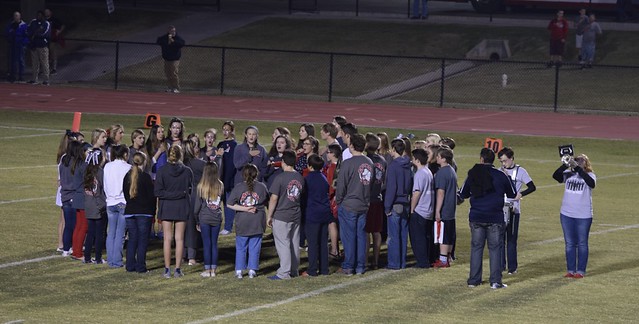 The Choir sang the National Anthem, and a prayer was said. (Don’t worry, totally legal. Metro is a private Christian school and the game was on their property.) As far as I know, nobody from Poteau minded. 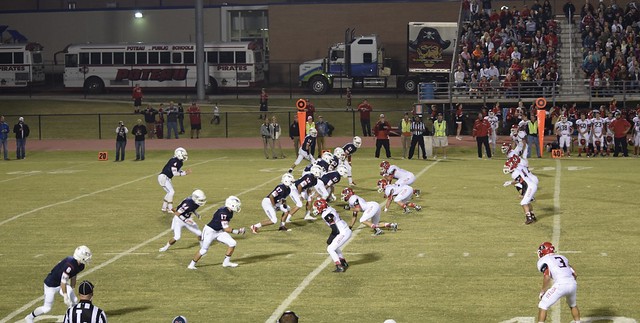 And then the game started. It was a good game. Both teams are very good and you could tell they are well coached. 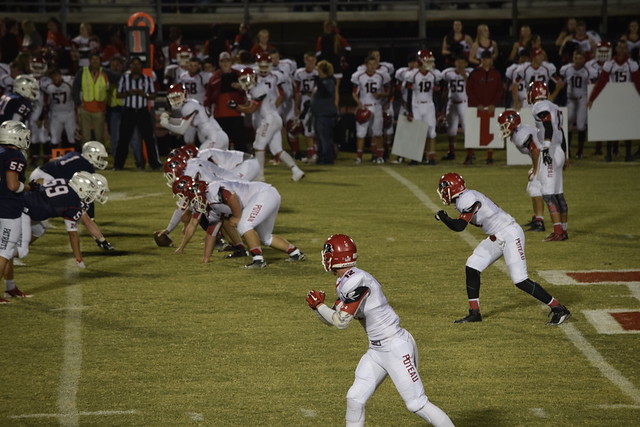 The modern game with its spread offense, quick release passing, and no huddles is really exciting but very demanding of the players. 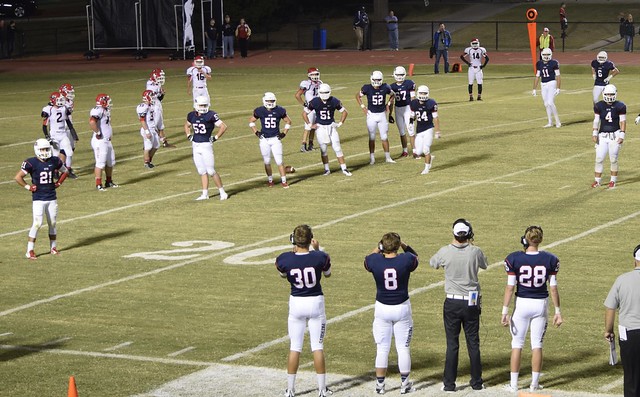 One difference between then and now is the how the plays are transmitted to the players. The plays are signaled in from the sidelines. The three players and coach in the foreground send an elaborate set of signals. And everybody on the team watches. 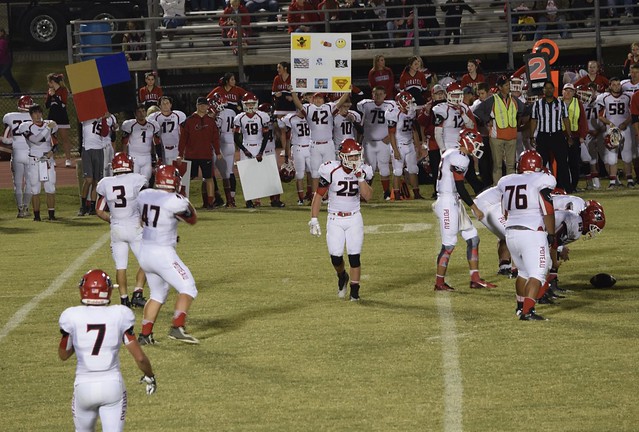 At halftime the Metro band got out on the field. They didn’t get to do much marching. Their function that night was to provide music for the presentation of the homecoming king and queen and attendants. 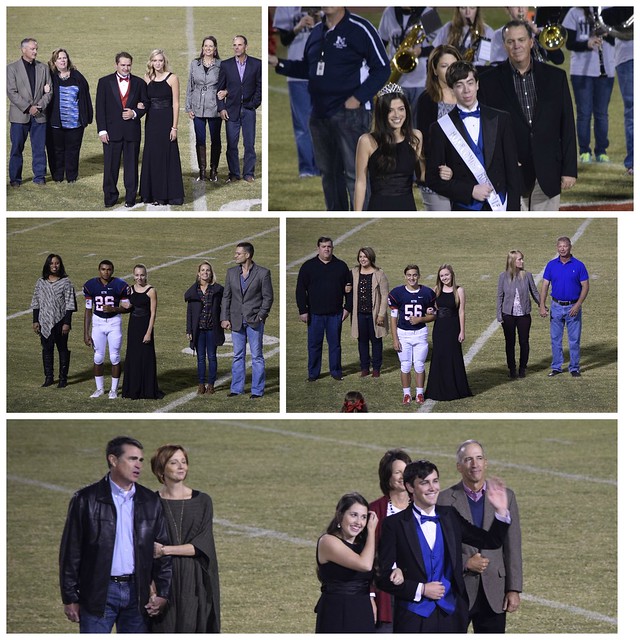 The presentation was pretty cool; they introduced the kids and gave a little bit of information about them including where they went to church, their school activities and such. Their parents accompanied them out on the field and I thought that was a great idea. The parents should receive as much recognition a their children.  I noticed that the mothers of both the boys and the girls were beaming and proud. The dad’s well, I’m sure they were proud to but they just wanted to get it over with.

And then the Pride of Poteau Marching Band came out and gave quite a show. That is another difference between way back when and now. The marching routines are much more complex. The Metro crowd was very appreciative of the show.

So, all in all it was a great evening. I have to confess though. We left after halftime. It was kind of cold there. Poteau ended up winning in double overtime 42-41.