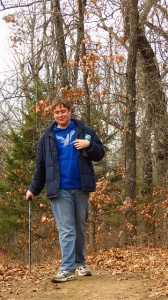 New Year’s Day here in Oklahoma was very nice and mild. Neither son nor I give a flip about college football (I’m an NFL fan) or watching parades on television so we went to see the Keystone Ancient Forest about a half hour away. 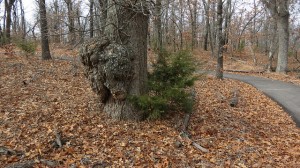 The Forest is a preserve owned by the City of Sand Springs and operated by an army of friendly and informative volunteers. 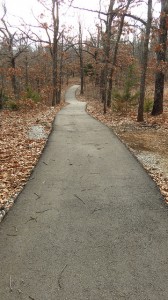 The preserve is over 1300 acres and conserves one of the few remaining original crosstimbers forests in Oklahoma. Many of the post oaks are over 300 years old and some of the cedars are over 500 years old. Originally the crosstimbers covered 30,000 square miles in a swath from north Texas, through Oklahoma, and into southern Kansas. Much of it is gone, cleared for farms and ranches and other development. The land of the preserve is very rough and rocky so the area was left alone. 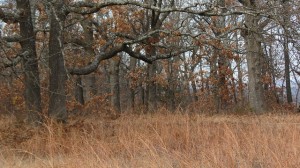 The crosstimbers were a major barrier to settlement in the area. Washington Irving during his tour of the area in the 1832’s wrote that they were “struggling through forests of cast iron.” From what I read the Keystone Ancient Forest is the very first preserve of the crosstimbers. 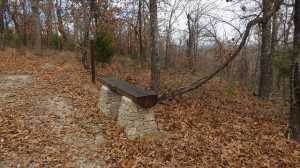 The trees and landscape isn’t really spectacular, the trees are old and very tough. They have survived drought and fire and had to put down roots in hardscrabble rocky soil. 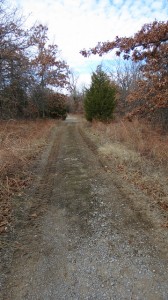 The preserve is only open two weekends a month now and their schedule expands to every weekend in March. They open at 8 and close at 2. Of course I would like to see it open more but of course that takes money and volunteer time. 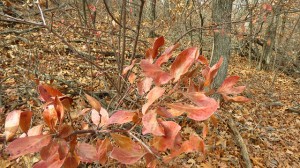 They have three trails so far. One of them is an ADA compliant paved trail about 0.8 miles long. The main trail, the Frank Trail, takes off from the paved trail and is 2.8 miles out and back. It is a wide dirt track in excellent shape that takes you a great overlook of Lake Keystone below. 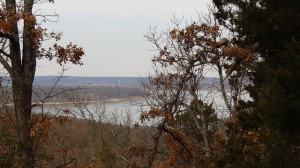 They have a brand new trail, I think it is the Wilson Trail. It is about a mile but is reportedly very challenging. Son and I started down it but it got a little backed up with groups of kids fooling around so we decided to save it for another day. 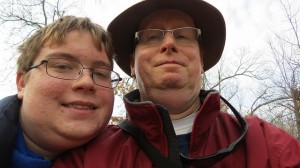 We had a good time. What a way to spend New Year’s Day. 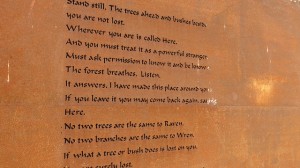 What did you do for New Year’s Day?

City of Sand Springs including a link to the Schedule

The Nature Conservancy, information about the Preserve.

A TravelOK article about the site. (TravelOK is by the State of Oklahoma)

A Youtube Video about the Preserve by Oklahoma Gardening 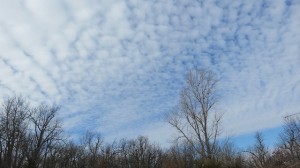 New Year’s Day I roped Logan into going hiking with me at the Keystone Ancient Forest. The trees are old and gnarly, not very big, but tough as iron, mainly post oaks and cedars. Many of them are over 500 years old. The land is rocky and rough and all up and down with canyons cut through it. Not much good for anything besides just being a forest, and that is why it is still around and is now preserved and well loved. 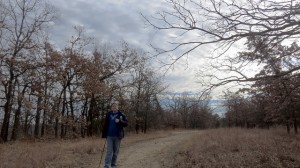 The sky? We have a front coming in so it started out clear and brilliant and then cloudy, then clear, well you know…. I’ll be posting more about this remarkable forest later. For today, I have clouds.