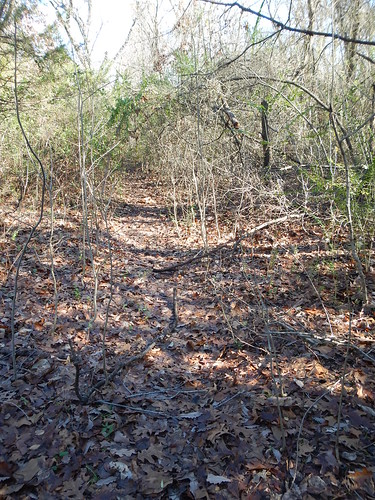 A bare hint of a trail at West Highlands Park

Fall has definitely come to Tulsa and we are in a period of gorgeous days with sunshine and blue skies. And with the brush, bugs, and snakes gone I am back in the woods finding the larger geocaches. Once or twice a week I take off at lunch to go find one or two. Early in the week I went to west Tulsa’s West Highlands Park to find one hidden deep in the woods in an undeveloped area of the park. Previous finders had reported a lot of difficult bushwhacking. I’m lazy and I had my work clothes on and wasn’t interested in getting all tangled up in the brush, thorns, and mud so I spent a considerable amount of time looking for a trail headed to the cache. It wasn’t a regular park maintained trail. It is what land managers call a “social trail” and you are liable to find anything on such a thing. It is best to keep an eye on what is going on because it is possible to walk into something you don’t really want to walk into. Check out geocaching.com to learn more about geocaching or my link at the end of this post. 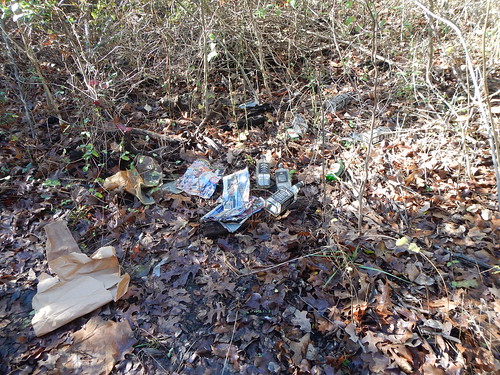 A few hundred feet further and I came upon an old squatter’s camp that was no longer active. They had left a bright green Dollar store shopping cart. That puzzled me because you would basically have to carry that thing through the woods to their camp. I mean if you have that much energy why don’t you get a job, earn some money, and get an apartment? 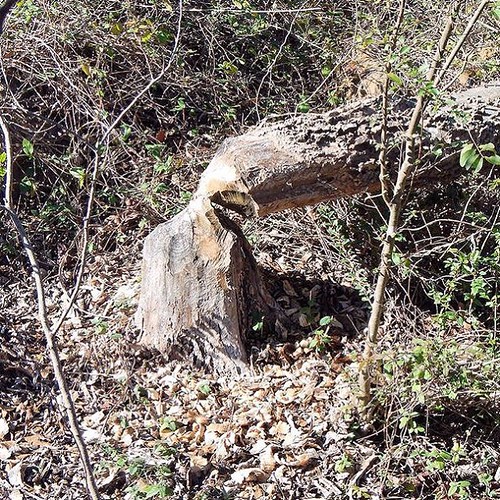 Soon after, I left all signs of squatters and came upon signs of nature. Some busy little beaver got after this tree.

I found the cache, as a courtesy to the Cache Owner and the people looking for it I am not showing where I found it. If you want to go look for it, it is named “TAG CITO 2014 Commemorative Cache – West Highlands.”  It was a fun one to find. 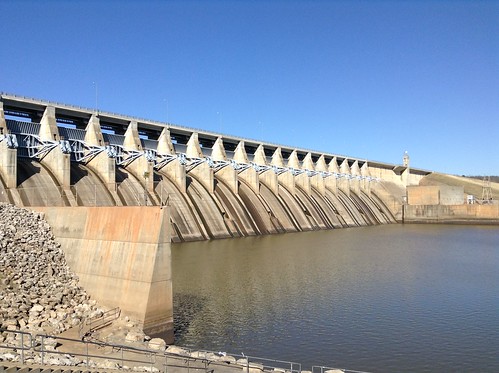 At lunch on Friday I drove out west to Keystone Dam to look for a couple of caches. 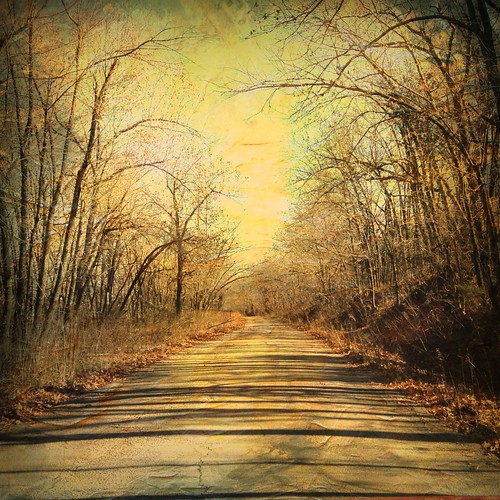 I wasn’t really familiar with the area and ended up on this old road on the south side of the Arkansas River downriver from the dam. A road like this demands to be driven to the very end and I did. So then I looped back and got to business at hand. 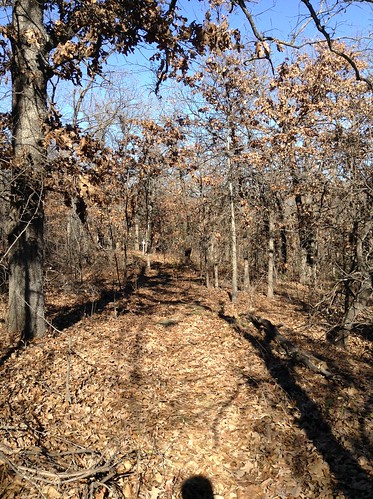 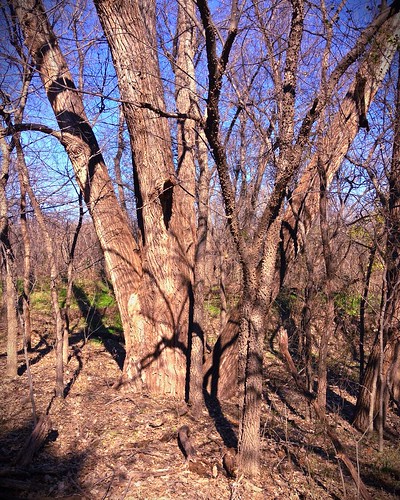 I saw an eagle take off from the top of these trees near the “Ground Zero” of the Bomb Squad Cache.

Then I went to the other side of the dam and took a short hike along the north bank of the river and found the Bomb Squad Cache so named because the cache owner originally placed the cache too close to a post office and the police bomb squad came in and looked at it. They didn’t go stupid though. They left a note asking him to move it somewhere else and he did deep in the woods, and I’m glad he did.

Anyways I love walking in the woods this time of year on a bright sunshiny days. What about you, have you ever been geocaching?