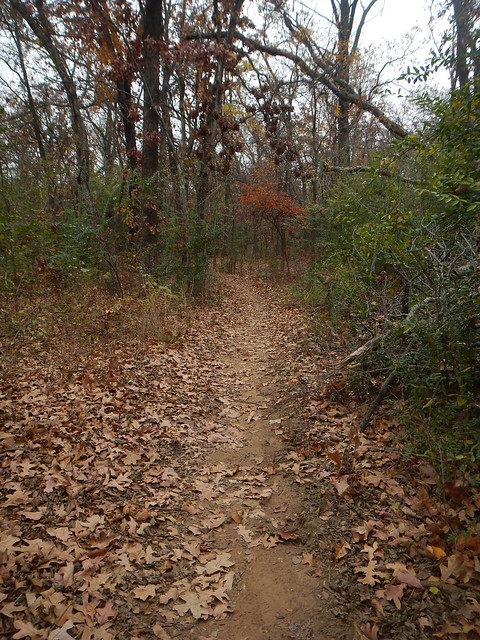 Saturday morning started out cool with a chance of rain. I thought about putting up the outside Christmas lights on house but I don’t like doing that in the rain. I don’t mind running in a light rain though. I have the gear for it. So after dropping the kid off at his Improv Comedy class I headed to Turkey Mountain. There was hardly anyone there. 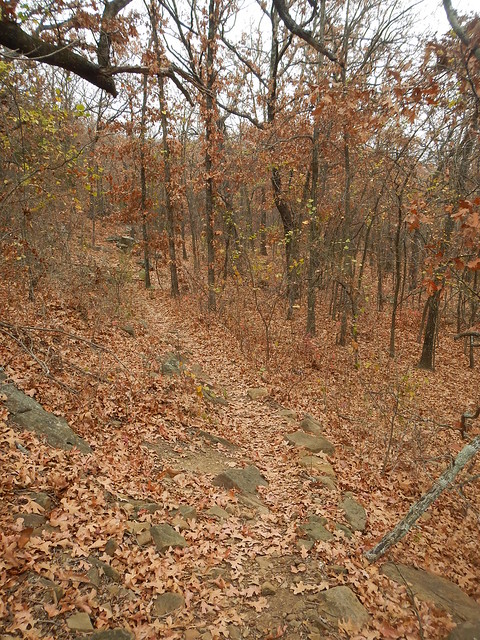 It was kind of a dreary gray day, just the way I like them, and so off I went with a vague desire to do about five miles plus or minus and take some new trails. The big well used trails are fine but I love the fainter seldom used ones also. As you can see there were lots of dry leaves on the ground. The squirrels were having a field day running around in them making a racket. 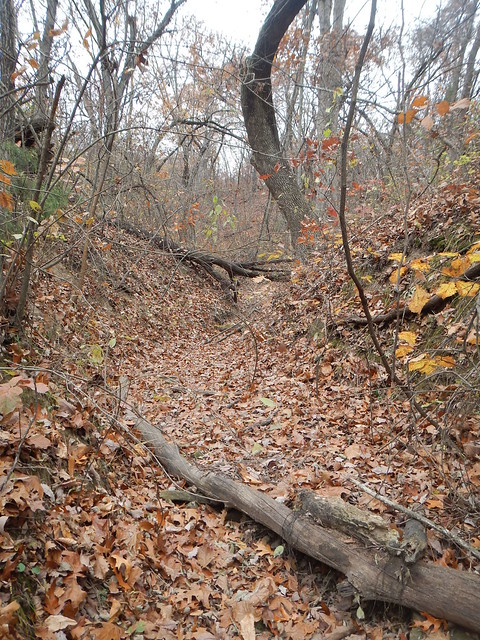 I take it as a point of honor to never (well almost never) turning back on a trail because it disappears or requires climbing up or down a cliff. This trail ended up requiring it. It is at the far north end of Turkey Mountain and I had to climb down a steep hill and then climb back up out on the other side of the draw. Oh well. Slows me down but I’m not in it for the speed. 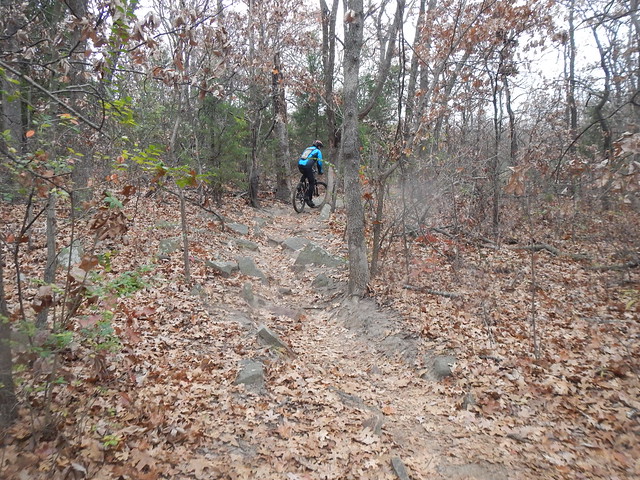 I saw only one bicyclist and very few other people the whole time I was out there. 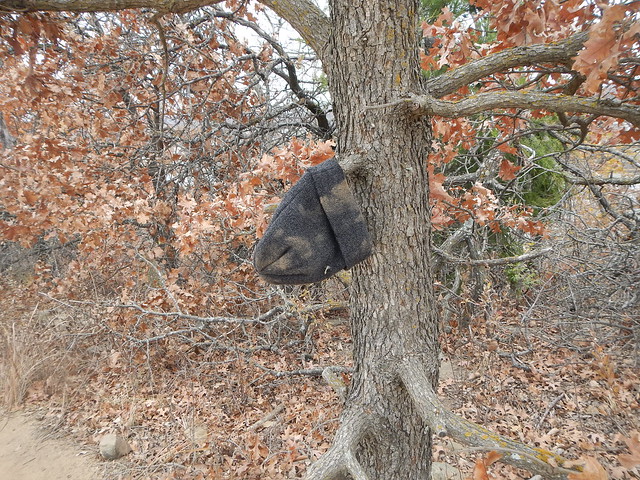 I guess that somebody lost their camo hat and some other person picked it up and stuck it on a tree. I always wonder who besides a hunter needs camo gear. When I’m out in the woods, I want to be seen.

Being out in the woods in nature is a great escape. Maybe I’ll do the lights on Sunday. The Cowboys aren’t playing you know.

9 thoughts on “Our World – A Run on Turkey Mountain”