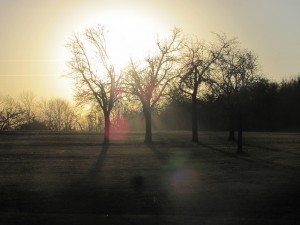 (Doesn’t road dust from the parking lot traffic make for a romantic photograph?)

Early Saturday morning I got up and drove north of Tulsa to the Post Oak Lodge to run in the 10K portion of the Post Oak Lodge Challenge by the Tulsa Running Club. Two days of racing, six races. On Saturday they have a 10K, 25K, and a 50K race and on Sunday they have a quarter marathon, half marathon, and a full marathon. It is a very ambitious project but the organizers do a good job of sorting it all out and making it work. 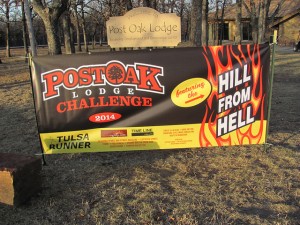 The 10K is for pansies. The real runners Saturday were there for the 25K and 50K races. 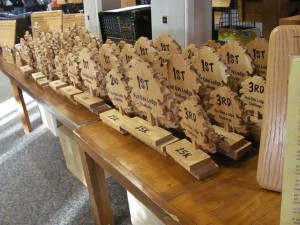 This is about as close as I’ll ever get to getting an award for my running. That’s okay. Keeps the clutter down. 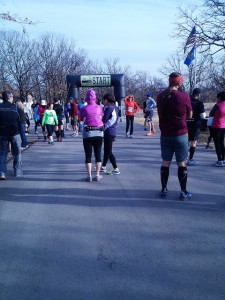 It was in the mid to high 40’s at start time. I love the people watching at the starting line. People have the strangest stretching and warmup routines. I’m asked if I warm up beforehand. Are you kidding me? I have 6 miles to get warmed up. 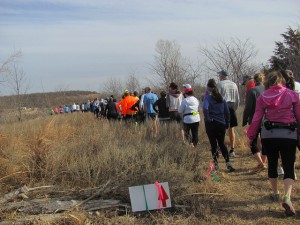 And we are off. The runners got stacked up at a tricky downhill turn. 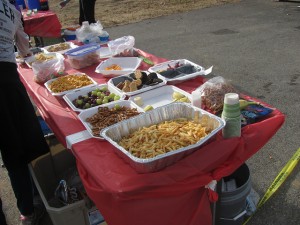 Trail runs have the best rest stop food. All sorts of stuff including jello shots, chocolate covered bacon and much much more. 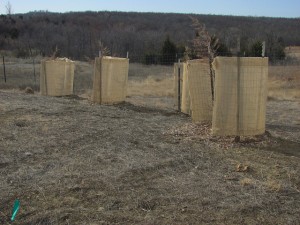 Part of the race went through the Centennial Botanical Gardens. They just planted some trees and put up some burlap to shield them from the north wind. From a distance I couldn’t figure it out, brown portapotty’s maybe? 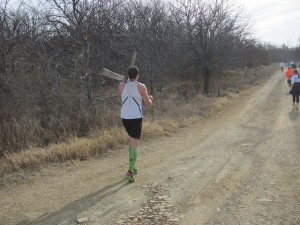 One young man was running the race carrying the cross. I’m not sure what that was all about except that he passed me and I was not carrying a cross. I had a camera though. 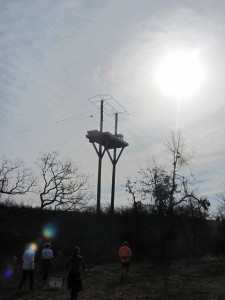 Zipline towers. I’d like to do that sometime. Anybody want to do it with me? 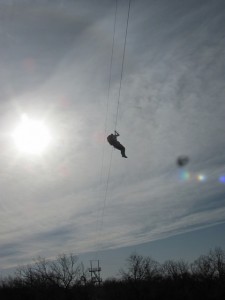 And this is either a zipliner or somebody cheating on the race. 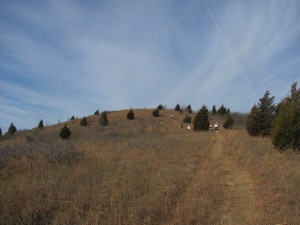 And this is the trail up Holmes Peak, the highest point in Tulsa County. I pretty much walked up to the top. In fact I walked a lot on this race. I hope that you don’t think less of me. 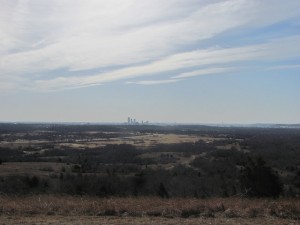 And this is the view from up there. That is downtown Tulsa way off yonder. Looks pretty small from up here. 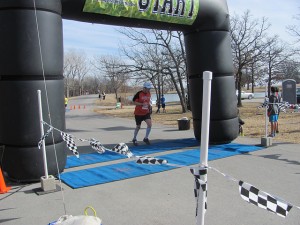 Proof, that I didn’t finish dead last. I don’t worry too much about finishing last. I just like finishing. Vertically is best but if I have to crawl I’ll do that also. 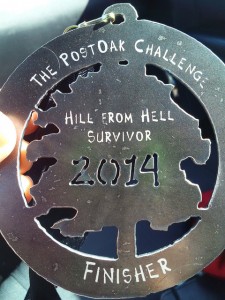 I didn’t get an award but I did get this nifty iron finisher medal. 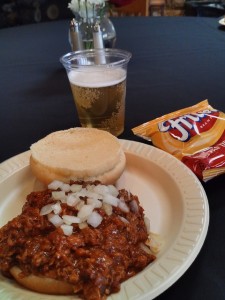 The race lunch was a chopped brisket sandwich and a bag of fritos and two beers. It was good! I know, I know a salad would be much more nutritious. Sure it would be. Most stuff I don’t eat is good for me.

And so that is the race report!!