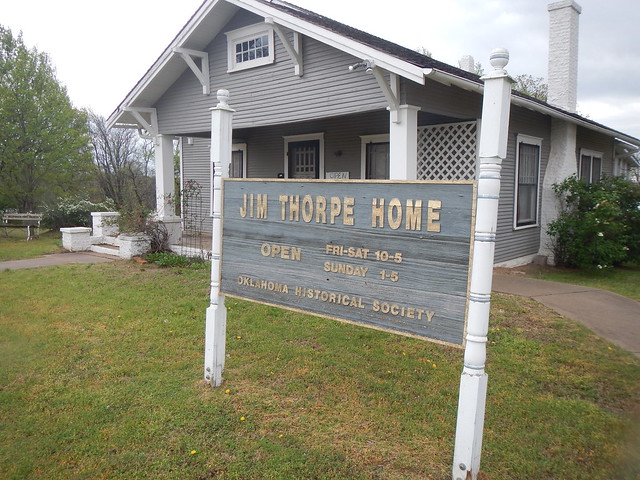 Note, despite the sign, the hours are Wednesday through Saturday from 10 to 5.

I love serendipity and it happened to me this past weekend. Saturday I went to Stillwater, Oklahoma for a trail race and went via back roads from Tulsa instead of my more usual route on the turnpike. On the way out, going through the small oilfield town of Yale I saw a sign that pointed out the Jim Thorpe Home. So coming back after the race I stopped and checked it out. 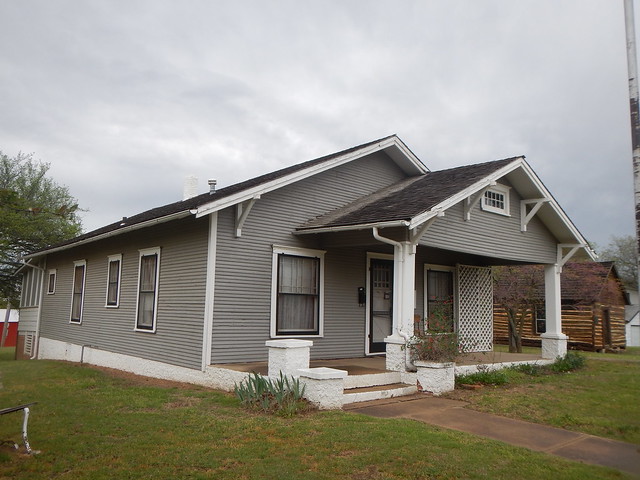 A volunteer greeted me and invited me to sign the register where I noticed that I was the first visitor that day. She gave me a tour of the small home and its contents. It was really fascinating. Thorpe was not born in Yale, he and his wife, Iva, purchased the house in 1917 and left in 1923. The house has many of the original furnishings and is painted the original colors and duplicated the wallpapers used. The volunteer told me that it was originally a mail order house from Montgomery Wards.  The house also contains many photographs and memorabilia of Thorpe’s. 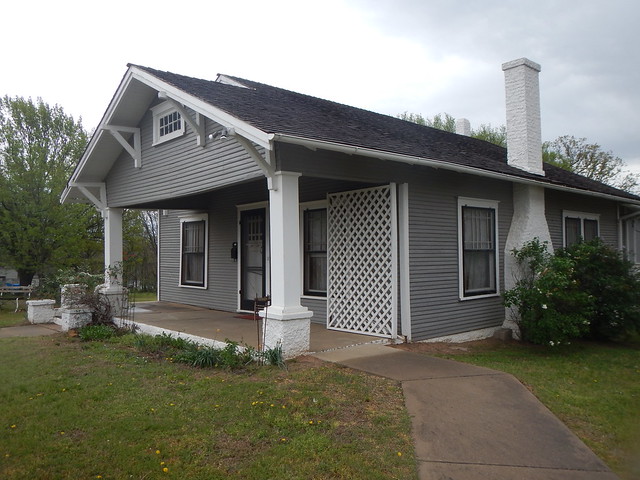 What really piqued my interest were the stories about Thorpe. She described how in the 1912 Olympics in Stockholm, Thorpe on the Gold Medals in both the Pentathlon a and Decathlon by competing in fifteen events in just three days. He went on to play professional baseball and football and act in movies. Many consider him the greatest athlete of the twentieth century. The end of his sporting career coincided with the beginning of the Great Depression and he struggled to make a living and died in near poverty in 1953. His death set off a chain of events that is still playing out today. 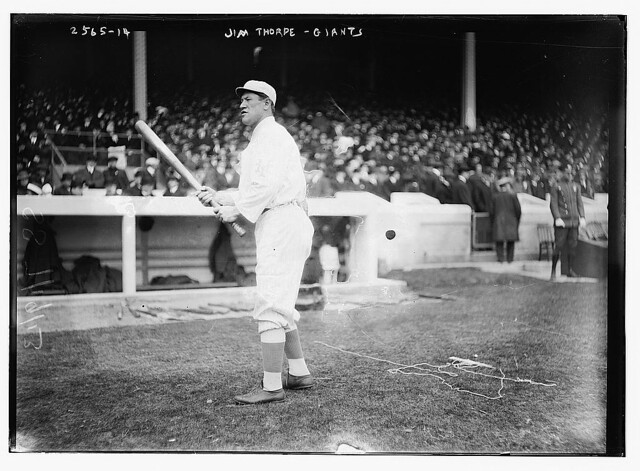 You see Thorpe was married to his third wife, Patricia, and she wanted the State of Oklahoma to build a memorial to house her husband’s remains. The State refused and she sold his body to the towns of Mauch Chunk and East Mauch Chunk, Pennsylvania. The story goes that Mrs. Thorpe showed up midway through the Oklahoma funeral services with a hearse and a court order to take possession of the body. You couldn’t make this stuff up, nobody would believe it. As part of the contract of sale the towns and to merge and rename themselves Jim Thorpe. The towns hoped to cash in by making Thorpe’s grave a tourist attraction. 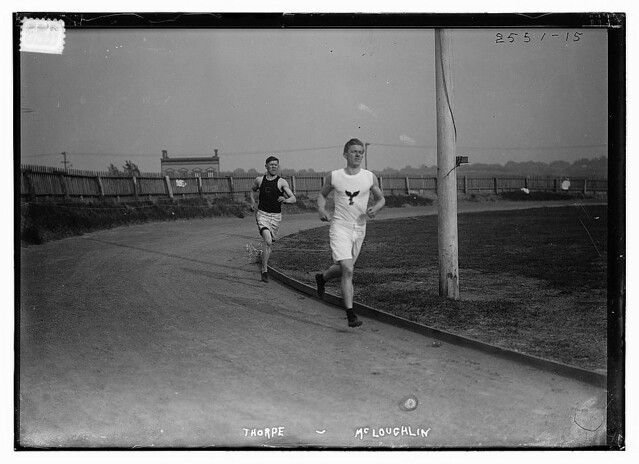 Thorpe’s family has been fighting for the body ever since. The latest move was in 2014 when a Federal Appeals court reversed an earlier Federal District Court decision ordering his body returned. Reportedly the family is now considering an appeal to the United States Supreme Court. 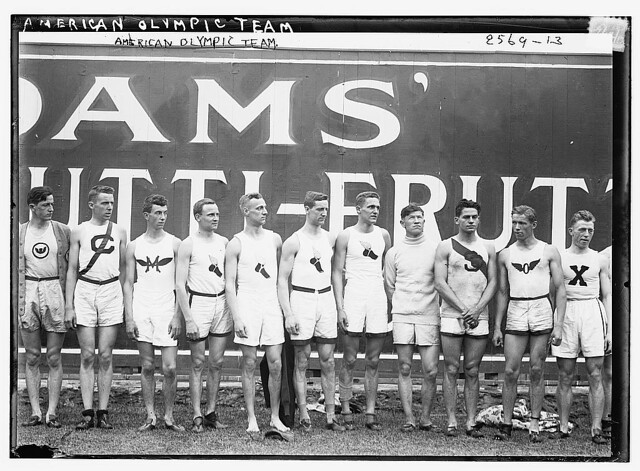 Library of Congress Photo – No restrictions on use, courtesy of Flickr – 1912 United States Olympic Team

I’m kind of pulling for the family. Doing the research for this post one sees that Thorpe although a great athlete encountered great tragedies and reversals in his life. His twin brother died when he was nine. Thorpe’s first son Jim Thorpe, Jr died at three years of age. In that very house in Yale. His Olympic Medals were taken away from him unjustly (they were later returned, long after his death.) 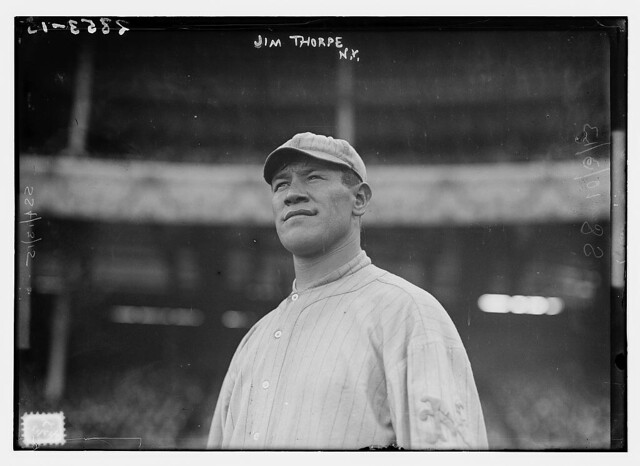 In the meantime, if you are traveling through north central Oklahoma you can tour Thorpe’s home for free.

In an October 2015 update, the Supreme Court has declined to hear an appeal by the Thorpe family to move Jim’s body back to Oklahoma.

13 thoughts on “Our World – The Jim Thorpe Home in Yale, Oklahoma”