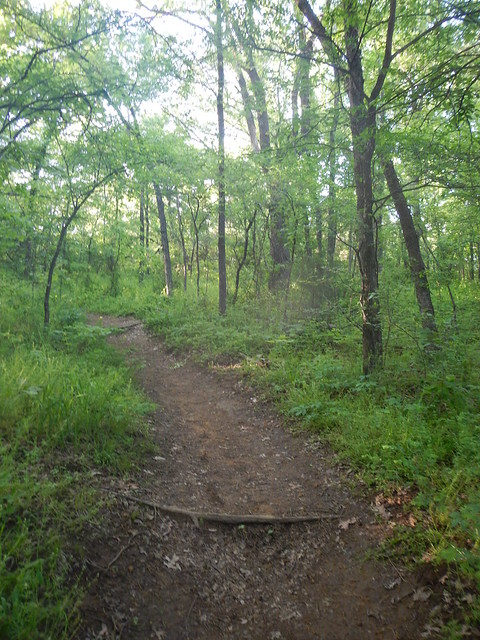 Last Tuesday night I went over to Turkey Mountain and did a little (darned little) trail running and geocaching. I started out on the Red Trail to go find some caches. I passed a couple that was walking along really slowly looking at their GPSr and I asked if they were geocaching. The guy put the GPSr behind his back and said, “What’s that.” Newbies, why are they so embarrassed? Cuz they should be is the answer. 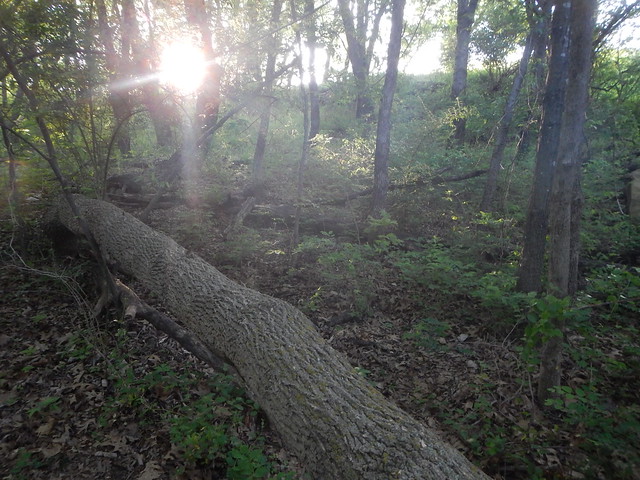 It took a while for my GPSr to lock on so I kind of wibble wobbled as you might see from the Garmin Connect map at the end of this post but it finally synched with the satellites (thank you my fellow American taxpayers for those satellites I’ll add here.) My first cache was difficult. It required a double backward flip off this fallen tree and a clean landing. Believe it or not I did it and so claimed the cache. Proof, you say? Well I told you that I did it didn’t I? 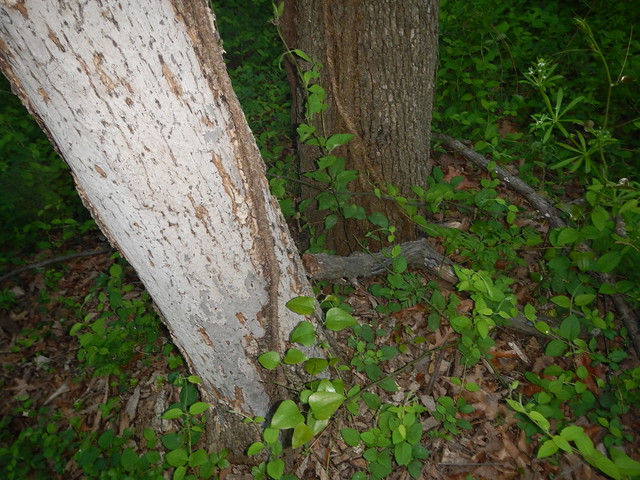 Then the next one not too far away. All I had to do was stick my hand somewhere I didn’t want to. Nothing bit me, this time. 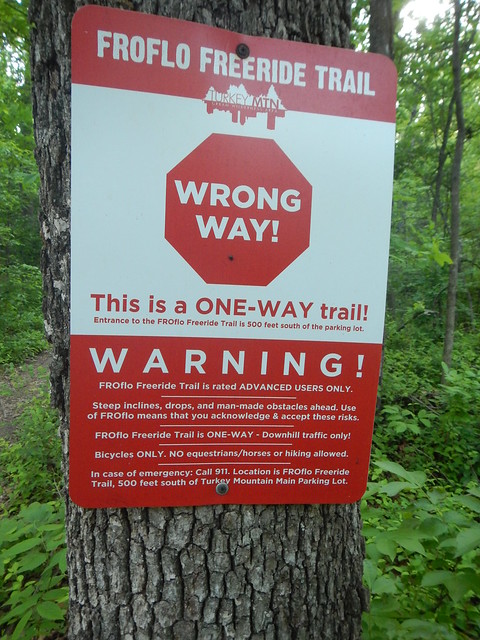 And I climbed out of the Red Tail area via the Fro Flo trail. I love going the wrong way is all I can say. I went uphill on the Fro Flo guys. Gasps from the Turkey Mountain free riders.

There are several videos on Youtube of the Fro Flo by riders using their Go Pro cameras. This one had some good views of the jumps. 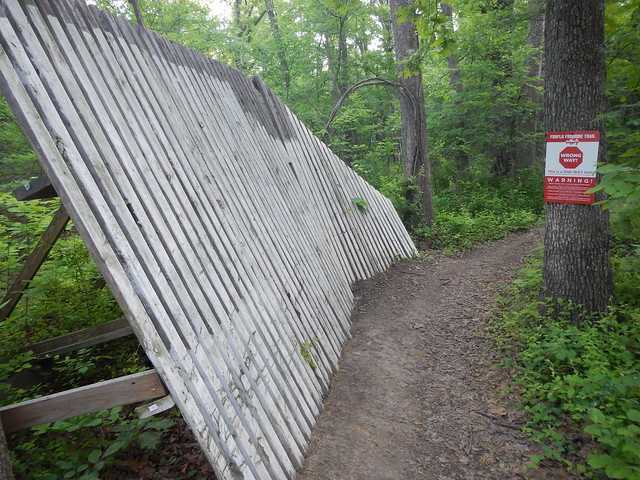 I’m trying to figure out what this is for. 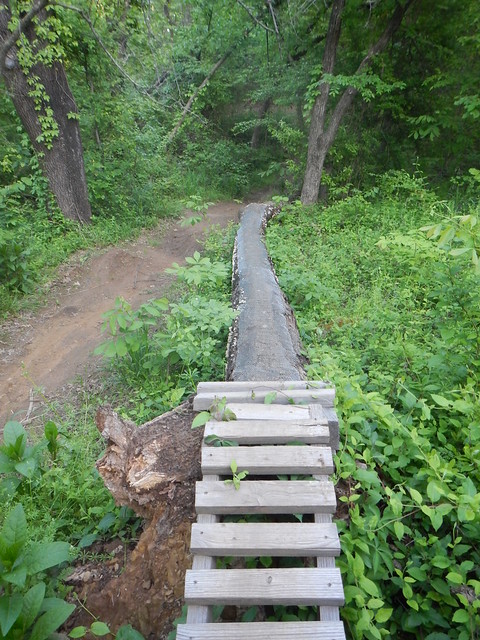 This one looks fun. Would you ride your bike up this ramp and then down the length of the log. Yeah, well me neither.

So anyway I got back to the parking lot and started up the blue trail to the top of Lipbuster and looked for a cache (and didn’t find it) near the water tanks and then I noticed another cache on my GPSr about a quarter mile away. I thought, maybe I could bushwhack it over there. 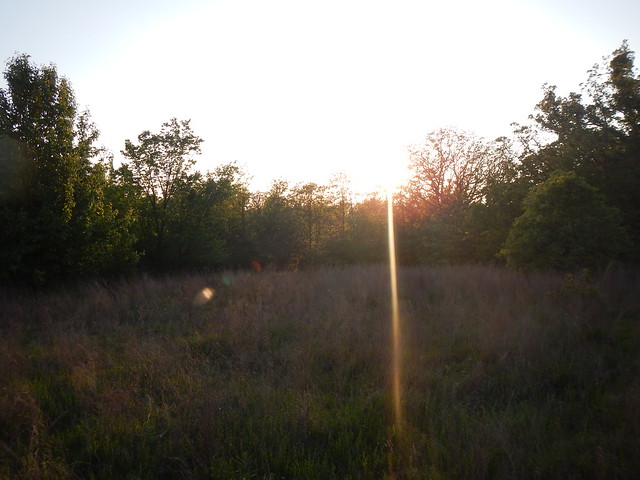 Not a good idea. One thing led to another. Thorns, tall grass, thickets, scratches, blood, insects. No snakes though. That I could see anyway. Fortunately I had used deet before my run so no ticks or chiggers. 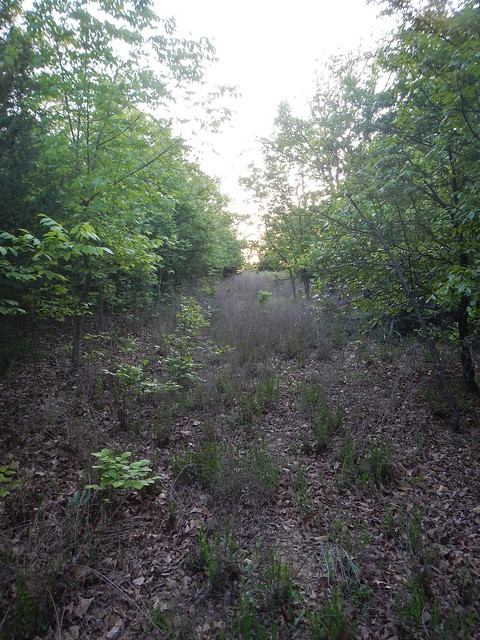 I finally found a clearing. Where I could make some headway. 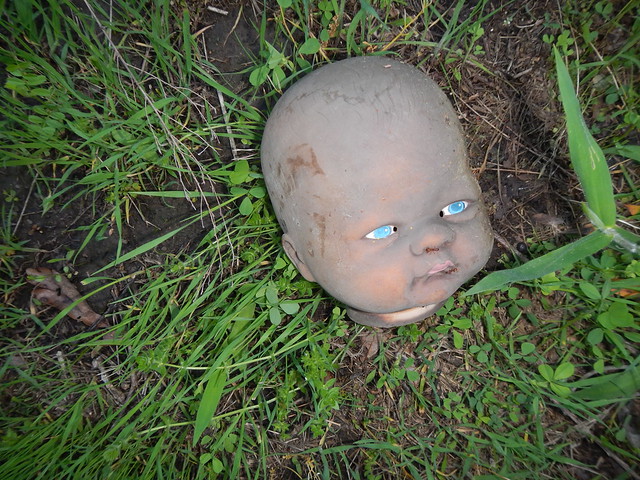 And then out in the middle of nowhere I found Little Miss Blue Eyes. Kind of cute don’t you think. Kind of spooky is what I think. Eventually I found a trail and made it to the cache site and found it and then I kind of took a wrong turn. 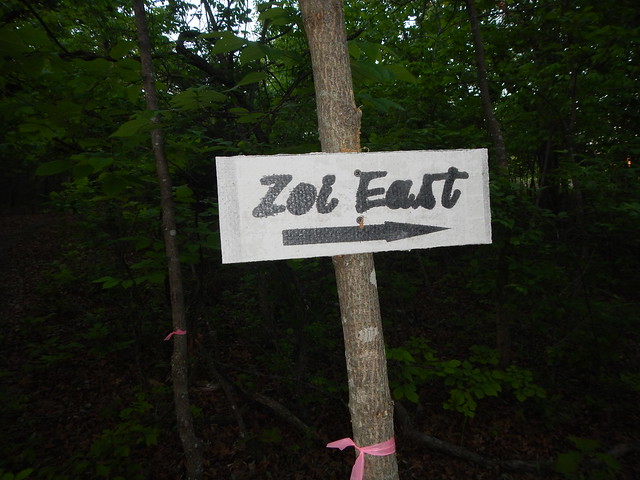 You see there were some new trails up there and I didn’t know how they ran so I just went with it and took quite a tour of the southwestern side of the mountain before I made it back to the Snake Trail. By then it was pitch dark and I didn’t do a whole lot of running. 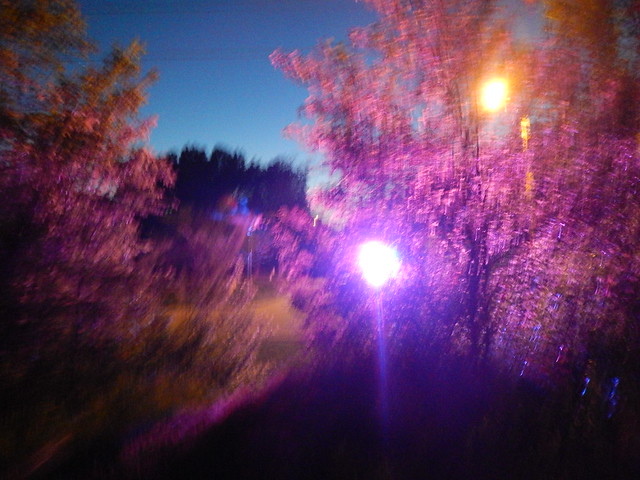 I passed a cop car with its lights on. I think they were looking for the old fat guy going up the wrong way on Fro Flo.

Here is my route. Slow and sloppy was the mode. 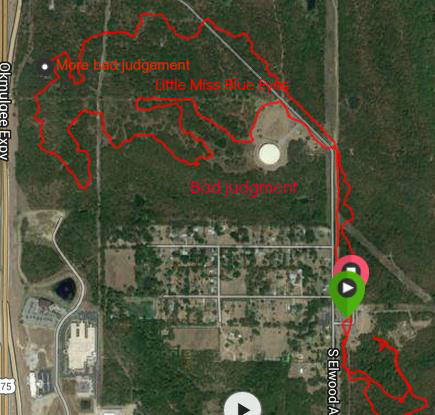 Anyway with my turns and all that I managed to turn a three mile run into over five miles and got home really late. But want to know something else? I loved every second of it.

Have you ever used bad judgement and still enjoyed it?