Heather and I had our 33rd Anniversary the other day. We didn’t feel like celebrating much because our dog Rascal was not doing very well at all and we ended up putting him to sleep the next day. So things were not very happy at our house. Last night though we went to the Michael Buble concert here in Tulsa.

We’re glad we went. We love the guy and he always puts on a great show. This was the fourth time we’ve seen him. He sings an updated “Great American Songbook,” standards from people like Frank Sinatra, Dean Martin, and others. One of my favorite songs is, “I’m Feeling Good.”

Another favorite is “Home.”

Over the years, he has mellowed quite a bit. He used to have kind of a bad boy persona and his shows could be quite raunchy. He’s now married and has four children and seems to be quite the family man but he still looks has that playful smile.

And we were happy. That is about as smiling as it gets for me. We had a good time.

Last Friday night was date night. Heather and I went downtown to see Michael Buble at the BOK Center. But first things first, right. Dinner at the Vault. 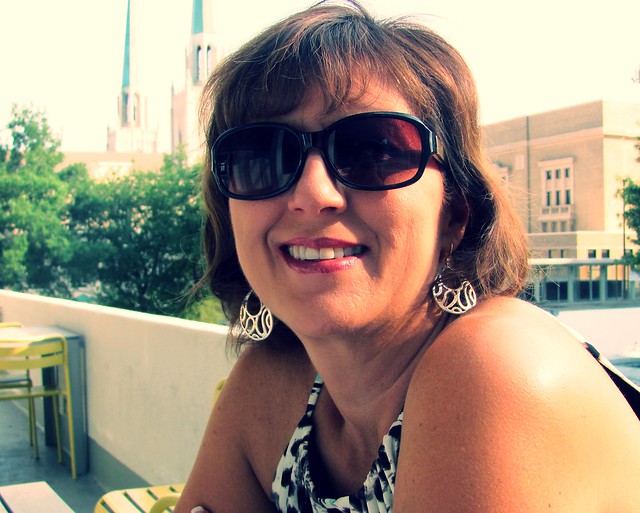 And some funky cocktails. 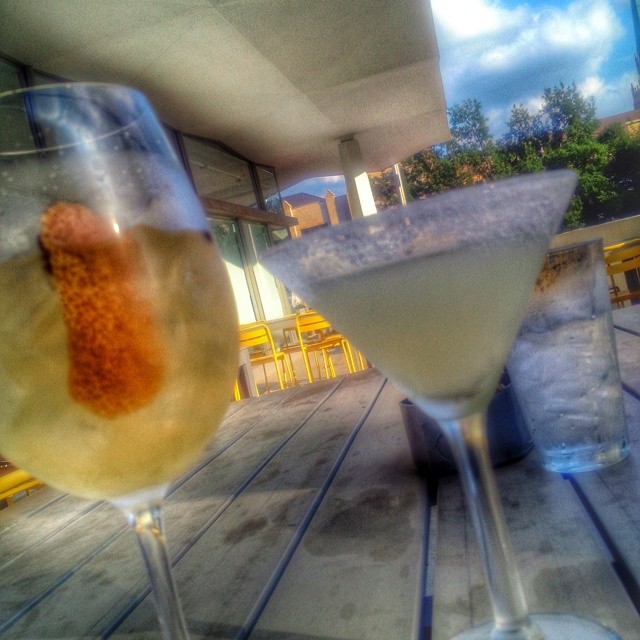 And some carrot cake 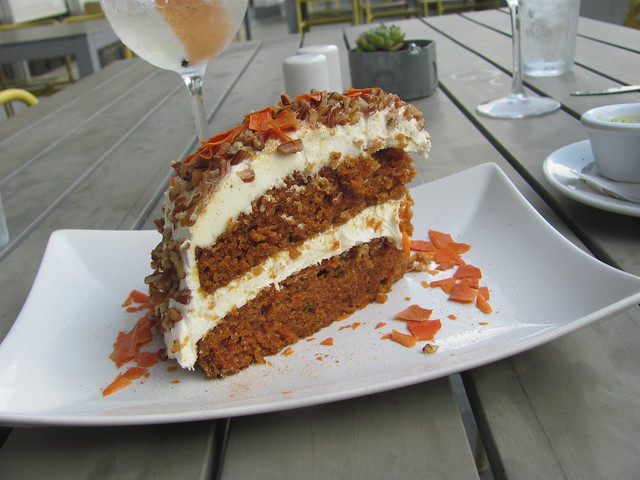 And then off to the show! I apologize for the photographs. They kind of suck because I didn’t want to take my “big camera” and it not be allowed and then have to take it back to the car. Turned out it would have been okay but oh well!! 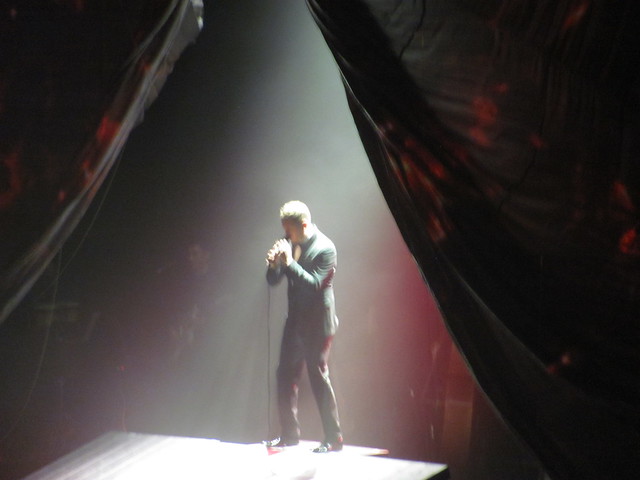 This is the third time we have seen him and he is quite the showman. He really connects with his audience. 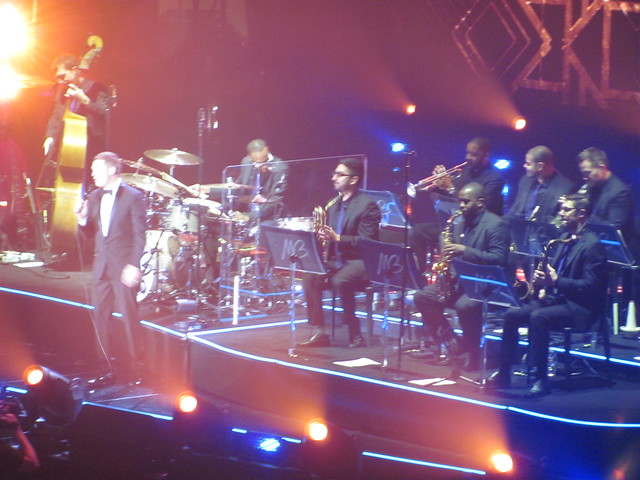 And he is very generous. He introduced all the members of the band and he had a little playful insult for each of them. 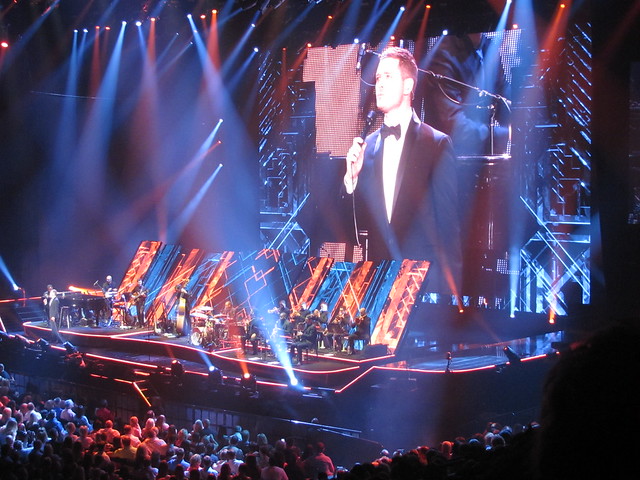 He had a heck of a set also. I had never seen such a thing. 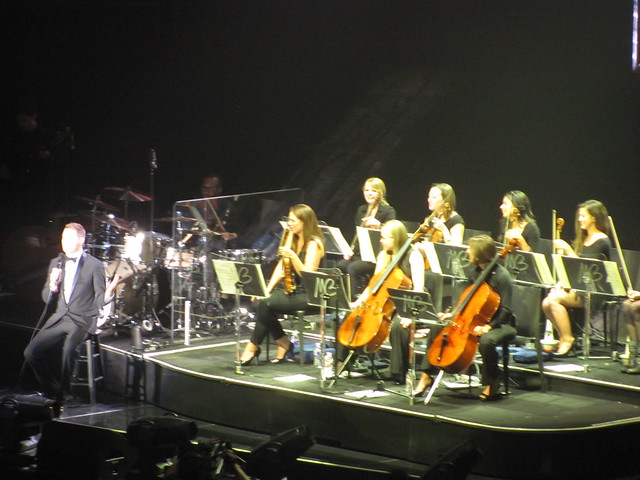 And then here are the Tulsa Strings he had fun with them.

But you know, I’d go listen to him sing in an alley. He is incredibly talented and really connects with his audience. He has quite the raunchy sense of humor without being offensive.

He sang and sang and sang and then he sung some more. Everything from Daft Punk to Nat King Cole to The Beatles. You know the guy knows Tulsa is a big music town and he closed with a Leon Russell song and the audience loved it.

PS – His Opening Act, “Naturally Seven” was great also. They opened for Buble the last time we saw him. They are all voices, no instruments.

Being the obnoxious know it all that I am when I saw the below. I thought, “Ah okay, they gave in to a little percussion.” Gotcha! 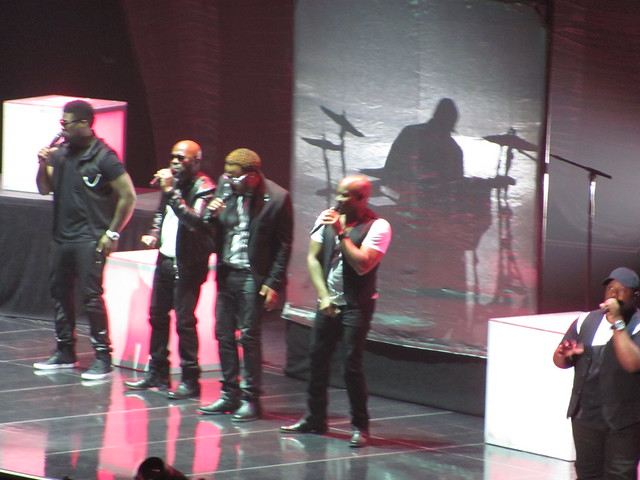 Yeah well gotcha me more like it. The curtain dropped and there were no drums. Just a guy doing drums with his voice. 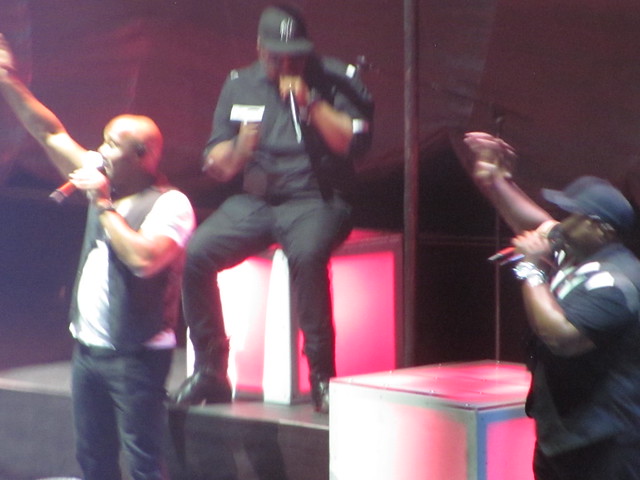 It was an amazing time!

Hey, have you heard any good music lately?