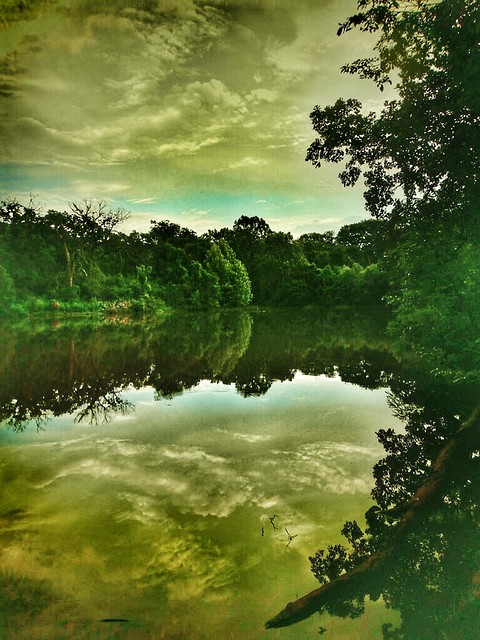 I captured this on one of my evening after work runs on Tulsa’s Turkey Mountain. I carry a Nikon AW110 point and shoot camera when I run. It is water proof, shock proof, and idiot proof. I also found out that it has “in camera” editing of the pic. So I did that on this photo of Pepsi Lake on the mountain. I loved what it did to the sky and to the reflection on the lake.

I’m linking this with Skywatch Friday.

I have also been experimenting around with blog buttons. Below is my first attempt. Copy the URL and use it on your blog if you wish. 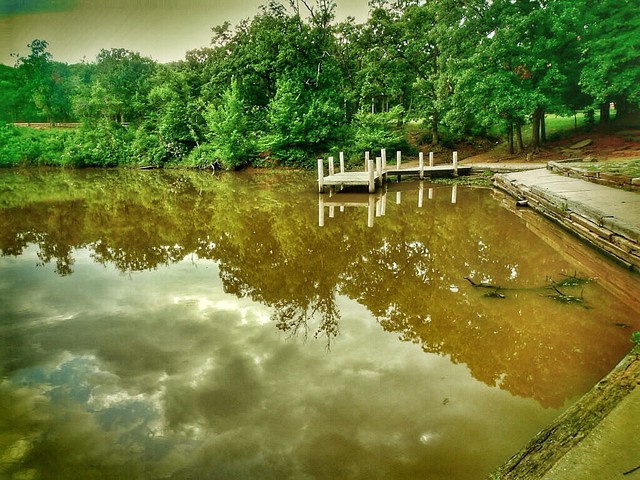 A cloudy afternoon, Lake Logan at the West Side YMCA on Turkey Mountain in Tulsa, Oklahoma

I was doing my Wednesday night run on Turkey Mountain last Wednesday night. I call it run even though I stop a lot to take photographs. I took 79 of them Wednesday. I had my trusty weatherproof, everything proof, Nikon AW110 point and shoot with me set on “Auto” mode and I noticed after taking one particular pic that a menu option popped up offering instant edits. So I decided to see where that took me and it gave me a choice of six filters. So I experimented with it and this is an example of the “Toy Camera” filter. I kind of like it as a variation. Luckily the camera saves the original image along with the filtered image so I can save myself if need be.

I’m looking forward to the day when cameras have just as good a filters as our phones and ipods do along with wifi connectability so one can buy and upgrade filters, as well as upload our photos directly to our various social media and photo storage sites. I have two cameras that have wifi compatibility but only with cell phones and setting up and maintaing the connection is time consuming and chews up battery life at an alarming rate and doesn’t work that great.

So, does your camera have some hidden features that you found?

I am linking with Weekend Reflections 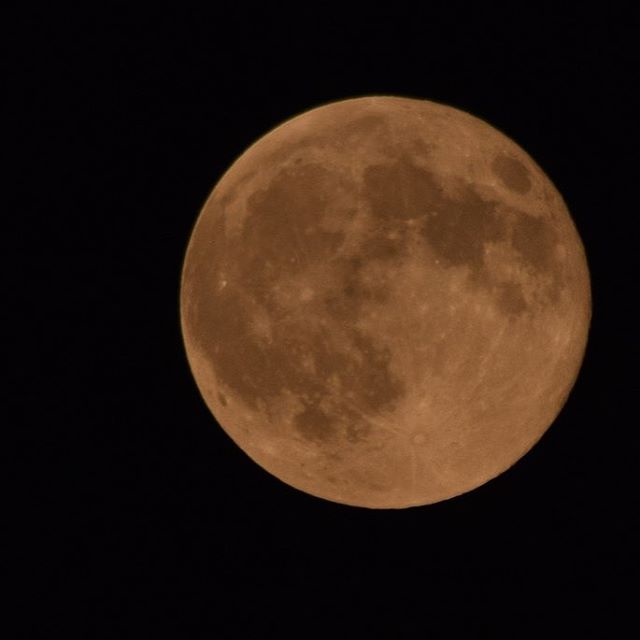 First shot I tried, then the clouds came in and out.

I have had my fancy schmancy Nikon D5300 for several months now and haven’t taken the time to really learn it. I bought a pretty good book and learn a few things but then life gets in the way and the thing is just so complex and it really does well on the Auto settting and blah, blah, blah. One thing that doesn’t work well on Auto though is taking shots of the moon. The results look like perfectly focused white disks. No color or detail or anything like that. Last Saturday we had a “Super Moon” or “Sturgeon Moon” anyway a really pretty full moon. So I got the old tripod out and then hit my good friend that knows everything Mr. Google and poked around there some.

Same moon with some clouds moving in front

So I found out Auto isn’t going to work. Also, you have to have a pretty fast shutter speed at 1/125th seconds because the moon does move and most people recommended keeping the iso at about 100 to 200 and the f stop at about 8. Totally counter-intuitive to what I was thinking, max the iso, slow down the shutter speed, and open up the aperture as far as it will go. Well, the deal is that the moon is pretty bright so you have to tone things down. So I tried it and I got some decent results. (At least they are decent to me.) The main thing I couldn’t figure out was how the timer worked on the shutter. I know, I know, that is pretty lame but doing it manually very gently seemed to work out for now and I can read up on the shutter timer or use my cable release or my fancy schmancy wifi control of the camera from either my ipod or generic android cell phone.

Anyways, I learn best by doing rather than reading about how the menus work in a book. Give me a task and I will work with Mr. Google and consult a half dozen sources and then figure it out. So in addition to the timer thing, I have to figure out how to manually the focus the camera.

What is your best way of learning new things?