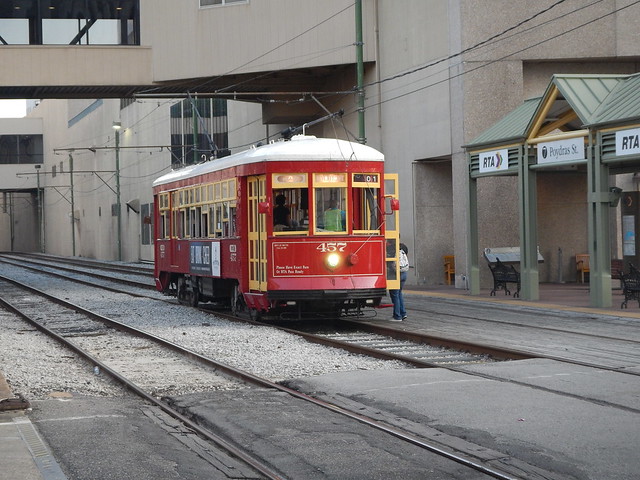 I was in New Orleans in April for a convention. I apologize for keeping going back to the well but the Crescent City is such a rich city for the senses: sights, sounds, taste. I finally took a ride on a street car while I was there. I don’t know why I had never had before. The conductors are efficient and helpful, the technology is almost steampunk. Its a great way to move around the city. 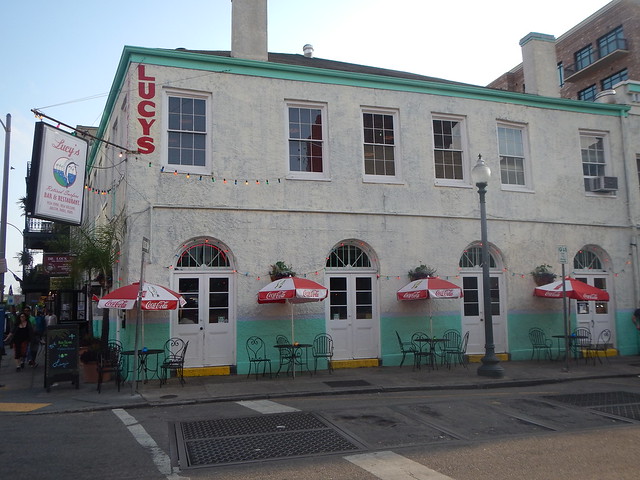 While in New Orleans I got invited to a crawfish boil at this restaurant. Eating boiled crawfish is a lot of work. You have to break the tail off just right to get at the meat. And then there is the fat in the body that you eat. I love it. It grosses a lot of people out but that is their problem. I used to have a boss in Houston who every once in a while would feel not too good. I’d take him to lunch and he, being the good native of El Paso that he was, would order  tacos. Me from Albuquerque, would order raw oysters and boiled crawfish. I knew that he was going straight home from lunch. 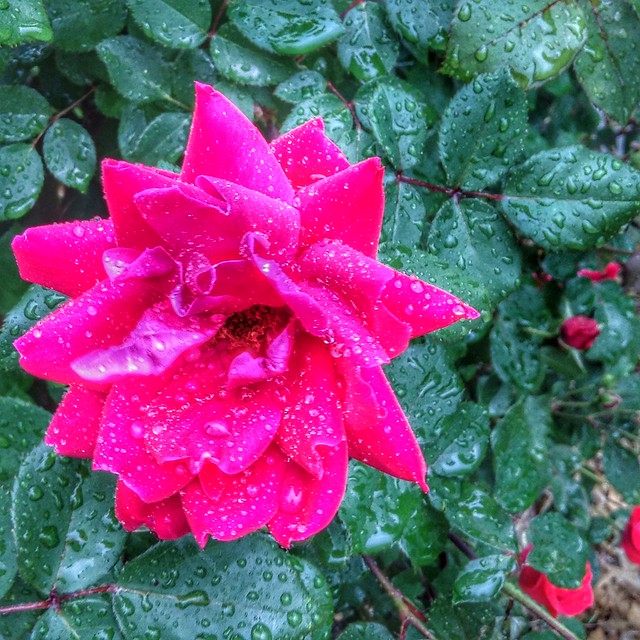 And this is one of my wife’s knockout roses home in Tulsa. I have fun in my not very often trials but it is always nice to get back home. We are hugging each other a little tighter in my family this week.

I’m linking with Ruby Tuesday Too on this post. 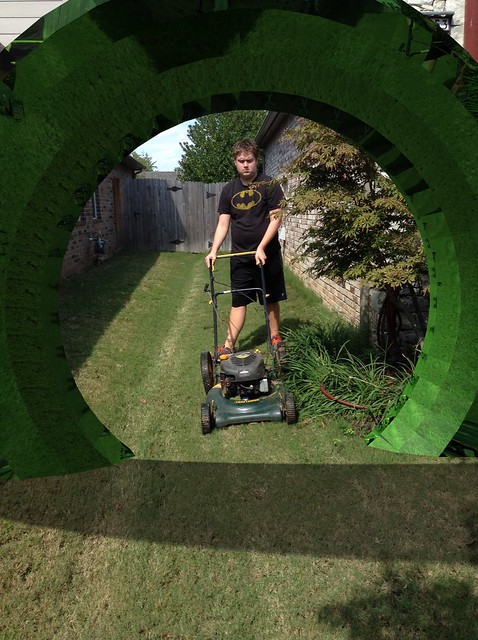 A benefit of having a bad knee. Logan mowing and me using my Matter App to embellish things a bit. Logan does a great job mowing but he did it Frank Sinatra style (his way). So we ended up with crop circles on our yard. I’m not complaining though. 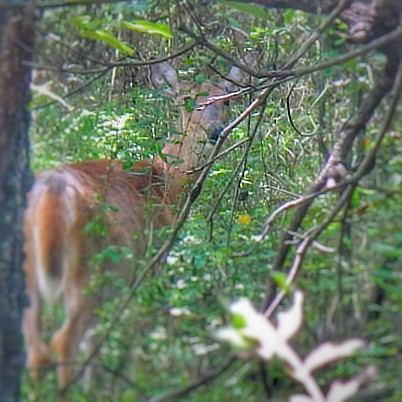 A white tail deer giving me the stink eye at Oxley Nature Center. 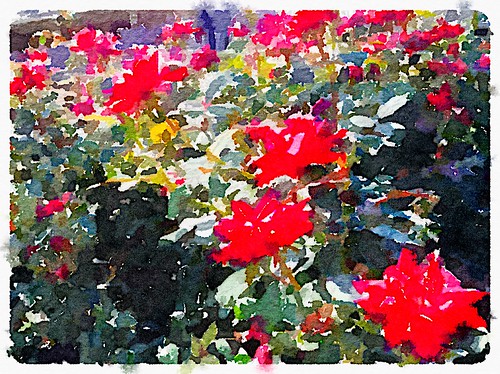 Heather’s knockout roses using the Waterlogue App on my ipod. 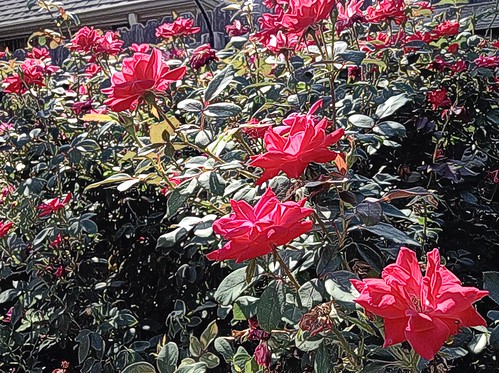 Knockout roses using the ToonCamera App on my ipod. I love to tinker with photos a lot. 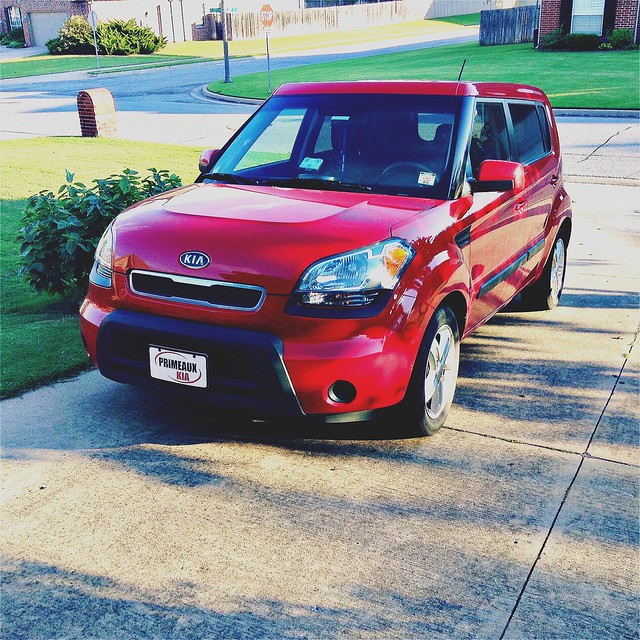 Speaking of Apps I’m liking Hipstamatic’s update. And continuing with red All is Well With My Soul. at 60,000 miles!