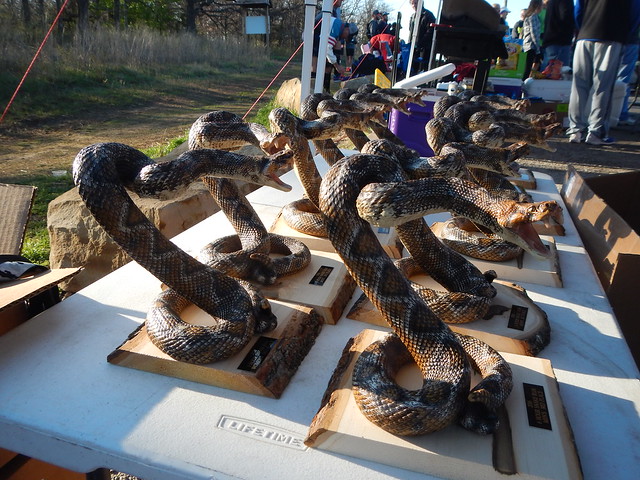 The closest I’ll get to a trophy!

The TATUR Snake Run was run today. The race is a little different in that who ever runs the longest in a given time wins. There is a three hour race and a six hour race on the same course. The course has two routes, a big loop of 3.75 miles and a small loop of 0.5 miles. You run as many big loops as you can within the allotted time and if you don’t think you can run another big loop before the time ends, you run the little loop as many times as you can. Partial loops don’t count. 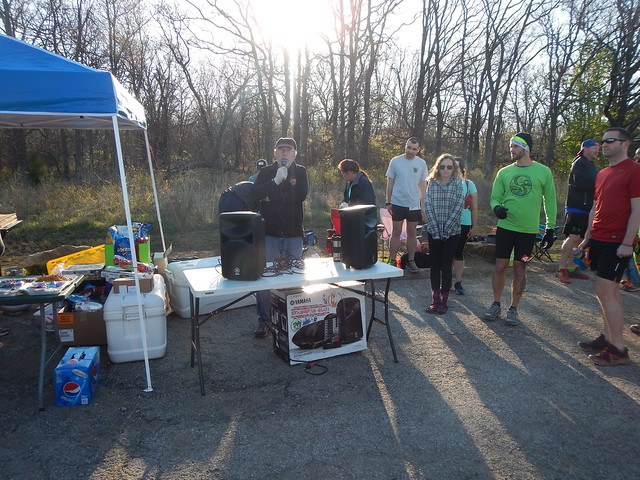 The Godfather of Tulsa Trail and Ultra Running, and Race Director, Ken (Trail Zombie) giving pre-race instructions on a chilly Saturday morning. I had three layers on and running pants and gloves. Others just had shorts and a tee shirt. That is because they are tougher than I am. In addition to being a lot faster. 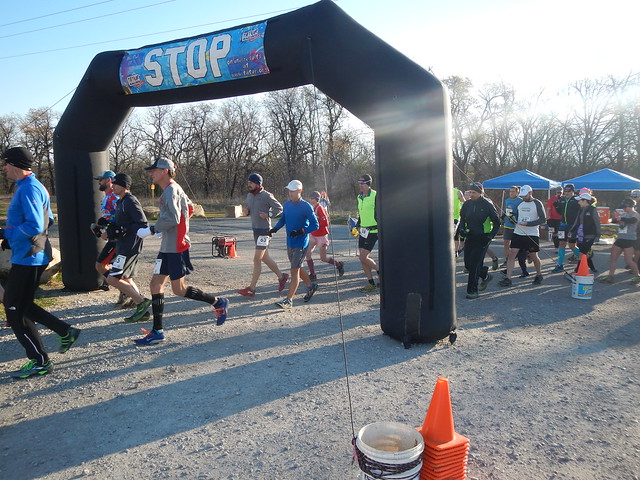 There is no crowding at the start line on a run like this. They have six hours to get dispersed. I always start at the very back.

This is the six hour guys and gals taking off. Ironically enough, they run faster than the three hour crowd, in general. Mainly because they are in great shape. Imagine ripping along at seven to eight minute miles for six hours? I can imagine it for one mile. 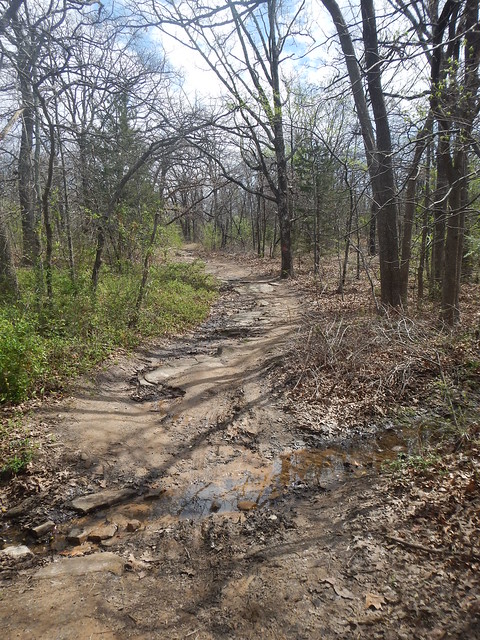 We ran this section but I actually took the photo on the Thursday before the race. True Confessions.

The race starts and stays on the upper level of Turkey Mountain and is relatively flat. There were a few boggy spots but overall the course wasn’t bad. The thing about trail races is how polite everybody is. People kind of move out of each others way, the slow runners yield to the faster runners overtaking them. I’ve never heard a cross word exchanged between runners.

I got into a pretty comfortable pace of running a half mile and walking a minute throughout the race. I stopped at every aid station and had a cup of water and a cup of gatorade. I had two nutter butter cookies on every lap. I don’t know why, it was working for me and I just went with it. I also had a few pickles for the sodium and a couple of banana segments for the potassium.  I never did feel depleted out on the course. 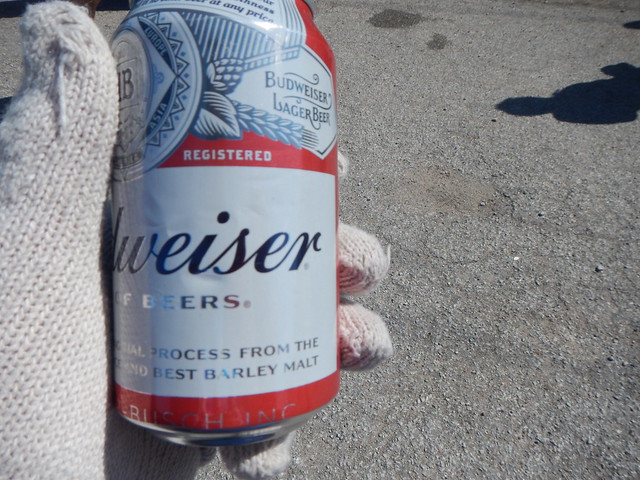 I didn’t drink beer on the course this time. I wanted to get three big loops in and didn’t want any distractions.

I ran the three hour event and did three of the big loops and one of the little loops. I milled around a bit, had a beer and a half, a hot dog and a chocolate chip cookie.  It was very breezy and cold at the end of the race so I didn’t linger for long. 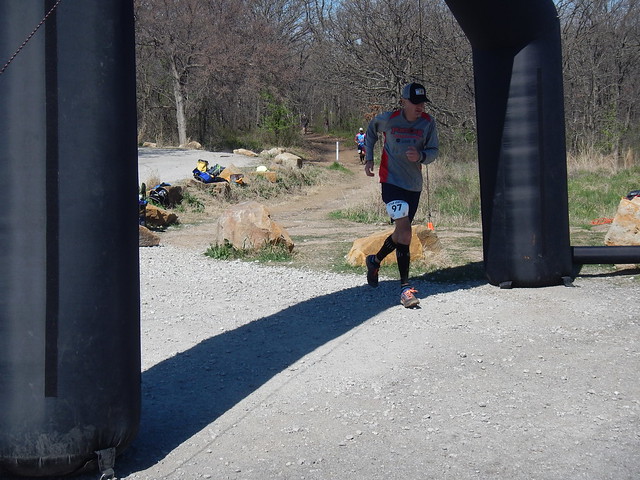 I watched some of the six hour races come in and head back out. I was done at three hours. I couldn’t have done one more lap. 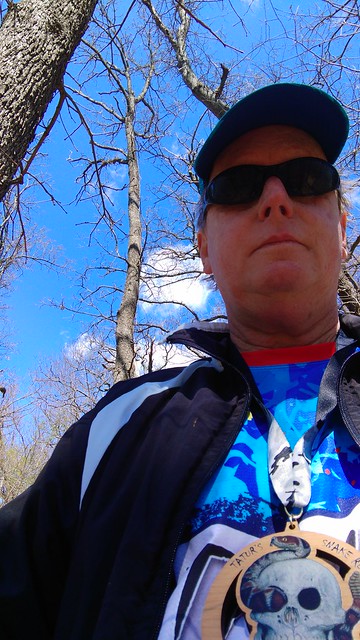 So I put on my finisher’s medal and went home. Thank you to the race organizers, the many volunteers and my fellow contestants for making this race so much fun. By my Garmin, I did about 11.5 miles. This has given me confidence to start looking around for a half marathon, which is 13.1 miles to do. My goal is to run the Route 66 Half Marathon in Tulsa next November. I would like to do maybe two others between now and then.  Got any ideas?