Memorial Day this year is Monday, May 30th.

It’s a day to honor those who died while defending our country.

Many people also use the day to honor family members who have passed on. 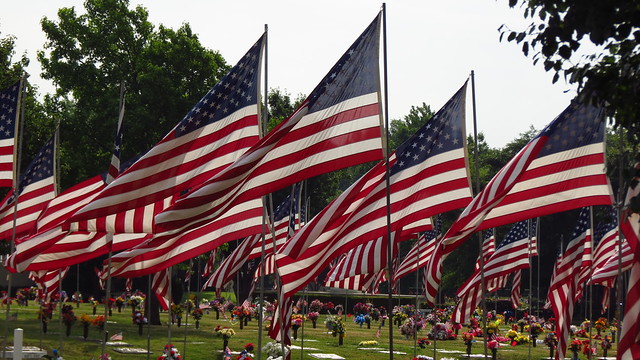 These fallen heroes represent the character of a nation who has a long history of patriotism and honor – and a nation who has fought many battles to keep our country free from threats of terror. 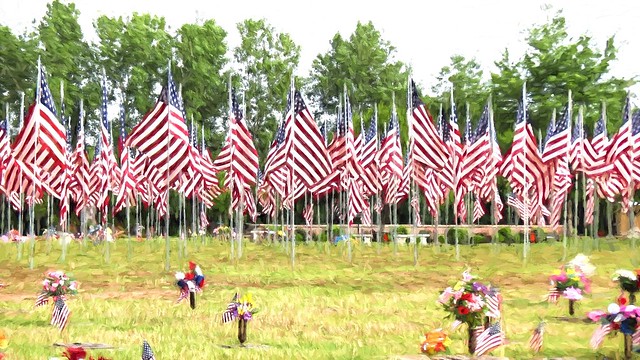 Always Remember Those Who Fought For Us.

It was Memorial Day and a get together had been planned in western Oklahoma for a multi-birthday celebration but you know life doesn’t quite cooperate and it didn’t look like it was going to happen until the bunch out west decided to drive to Green Country so we had our get together anyways only on the other side of the state. Nobody minded though.

Three of their kids and Kyle the cousin. Nothing like cousins in my book.

I cooked hamburgers outside in the rain. Actually I was comfortable and dry under the overhang. I love rain and storms and the energy in the air. Way, way back I was just a fifth grade Yogi in Utah at a Church Camp high up in the Wasatch Mountains. When it rained, and it rained a lot, we all had to stay in the lodge I would go walk out in the rain just to get away and get soaking wet. The counselors would be yelling at me. “Don’t you know to come in out of the rain!?” I’d be thinking “I’d rather be out here than in there with you.” So that was it for me and the Episcopal Church. Sorry, I’m rambling.

Heather, Logan, and Kyle. You can tell that Kyle is hungry. If he is eating my cooking you know he has to be hungry.

Time to light the cake. There were several birthdays being celebrated but Logan was the only kid so he kind of appropriated the cake. Being the nice guy and loving father  that I am, I didn’t point out that I still had several days to go on my 59 days of birthday this year. That’s okay, poor kid gave me his birthday money. I am thinking about going all Tea Party on him and taking it all in exchange for a voucher.

Take a big breath in!

And blow!! Good lungs this kid has.

And of course we made him sing for his supper. He gave a spot on performance of “Man of LaMancha” that  he performed at his recital.

So we had a great Memorial Day.

What about you? How did yours go?

Memorial Day is the day we remember those who died defending our country and veterans who have passed on and just people we miss. 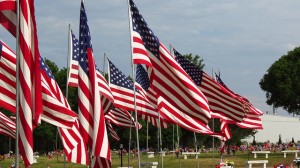 Flags are put out and graves decorated. The cemeteries really are colorful this time of year. 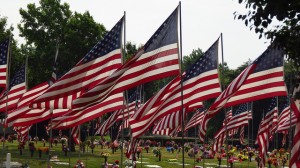 Whole families show up with flowers and buckets. Things are cleaned up and trimmed, the flowers are arranged and rearranged. Pictures are taken and retaken. Sometimes little pinwheels are set in the ground and knick knacks are set on stones. Stuff like small  University of Oklahoma football helmets or old fishing lures, stuff like that. 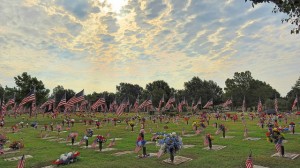 It seems to be pretty happy work for the most part. It is good to remember those who have gone on before us. 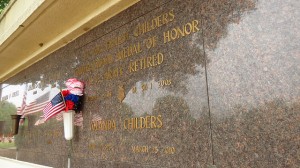 I came across this Medal of Honor awardee’s grave. That of Lieutenant Ernest Childers, a Native American, a member of the Creek Tribe, who despite a broken foot, took out two machine gun nests in Italy in 1943, as well as killing two snipers who were trying to kill him.

Who are you remembering this Memorial Day? 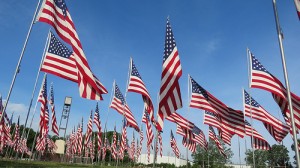 “Let every nation know, whether it wishes us well or ill, that we shall pay any price, bear any burden, meet any hardship, support any friend, oppose any foe to assure the survival and the success of liberty.” – President  John F. Kennedy 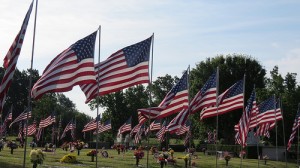 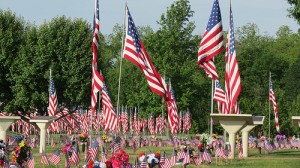 Floral Haven Cemetery in Broken Arrow, Oklahoma has a great Memorial Day tradition. They fly the donated casket flags of the veterans who are buried at the cemetery. They are raised on the Friday before by JROTC members from area schools, family members, and Floral Haven staff. They are taken down the day of Memorial Day by area Boy Scouts and Cub Scouts. In addition, the American Legion places a small flag on each veteran’s grave. There are also ceremonies, speeches, and remembrances. Check the link for the details. 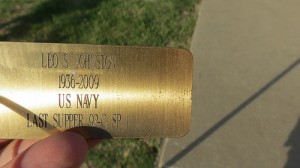 Each flagpole has a brass plate idenifying who the flag is flying for. I think this whole thing is just wonderful. This year there are a little over 3000 flags. I think that it is a great way of honoring our deceased veterans. 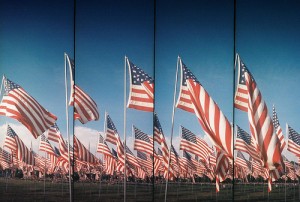 “On Memorial Day, we honor and remember the men and women who gave their lives in service of our country. And while our commitment to those who serve and their families remains important every day, Memorial Day is the perfect time to offer a simple act of kindness to our veterans and military families….”