I am in Oklahoma City on business for a day or two. Usually I just buzz down the turnpike and back but not this time. My hotel is in the downtown area so I was looking forward to checking in and doing either some night time geocaching or photography. I got off the freeway exit and turned down Broadway to make my to my hotel when I saw buildings ablaze with light. 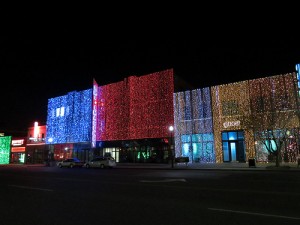 It was flat amazing. Each building was decorated with a single color of lights. So xnay on the old geocaching plan, (although I think they do have geocaches). I walked up and down and over across the streets taking pictures. 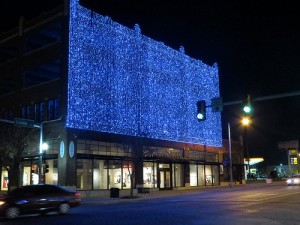 This section of Broadway north of downtown is called “Automobile Alley” because way back when in the early 20th century that is where most of Oklahoma City’s Automobile Dealers were here. It is not redone and gentrified with cool restaurants and shops. 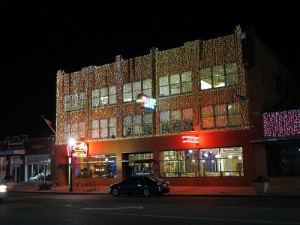 I remember reading about these lights on my favorite Oklahoma Blog JenX67. She wrote about the lights here and here. I go to Oklahoma City quite often but usually during the day and with somebody. My coworkers are very patient with me but I don’t take them on too many wild photography and geocaching adventures. 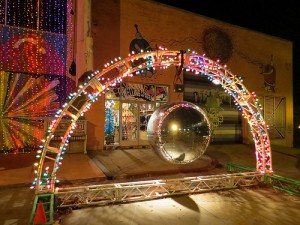 This store is just off Automobile Alley but they have upped the ante. 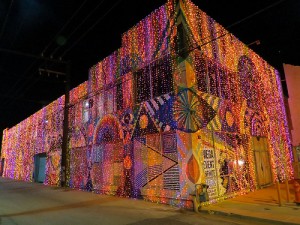 But nothing like the building right next to it. I’d hate to pay their electric bill. But I love the wild zaniness of the lights. 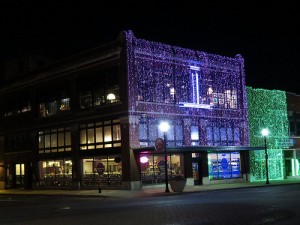 It was getting kind of late. I spotted this nice wine merchant. I went inside and spotted a nice Oyster Bay Pinot Noir and then I went back across the street to Hideaway Pizza and had their BBQ Chicken. Superb!!

Have you seen any good Christmas lights lately?

It’s Christmastime at the Yogi’s. We got the tree down and put it up. It’s all prewired which is wonderful. As long as it works. Sweetie and SuperPizzaBoy are in charge of decorating the tree except for the most important ornament.

It goes up first. For some years now I’ve wanted it to be at the top of the tree. Lots of people put stars at the top. In fact I put it up there and down it goes. Sweetie has a very nice angel that goes on top instead of the star. 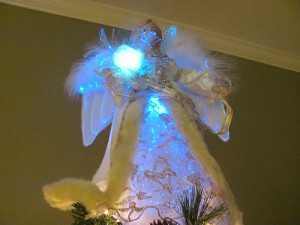 Sweetie’s angel is very nice but what do you think of my angels? You can tell that they like stars. They got them all over their outfits. I bet they would vote to put the star on top of the tree. 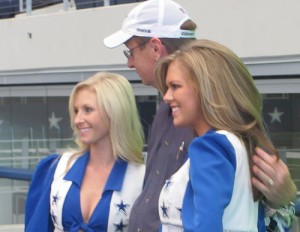 Actually, you know how women team up. I think they would vote with Sweetie. 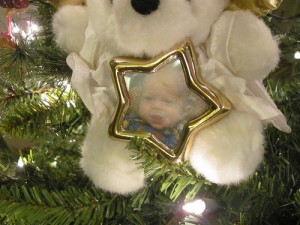 Sweetie has lots of ornaments that remind of Christmas’s past. This is SuperPizzaBoy way back when. 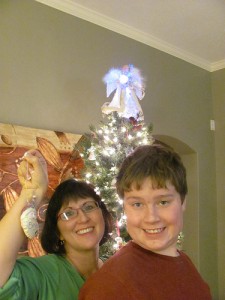 Now look at him! 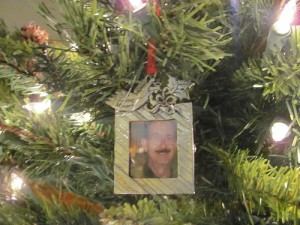 We also have an ornament with Sweetie’s Dad, “Boompa.” This will be the fifth Christmas without him. We all miss him very much. Nobody loved Christmas more than Boompa. 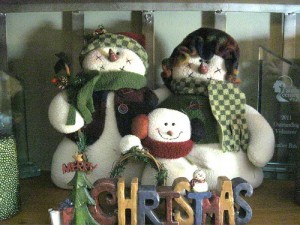 Sweetie loves snowmen. We have lots of them, especially in sets of three. Its kind of a symbol of our family. 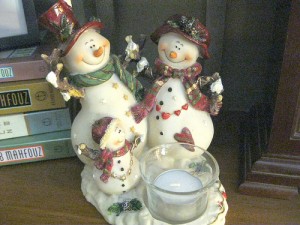 Except, the littlest snowman is going to be bigger than the other two here anytime. 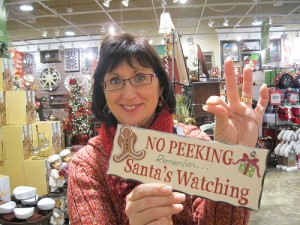 Anyways, its Christmas and you know the rule. As far as I’m concerned though, I wish the person holding the sign would read it herself. Just saying. 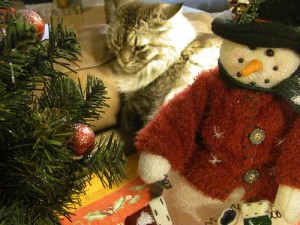 Not everybody is so happy about Christmas as we are.

I hope that everybody has a great Christmas!