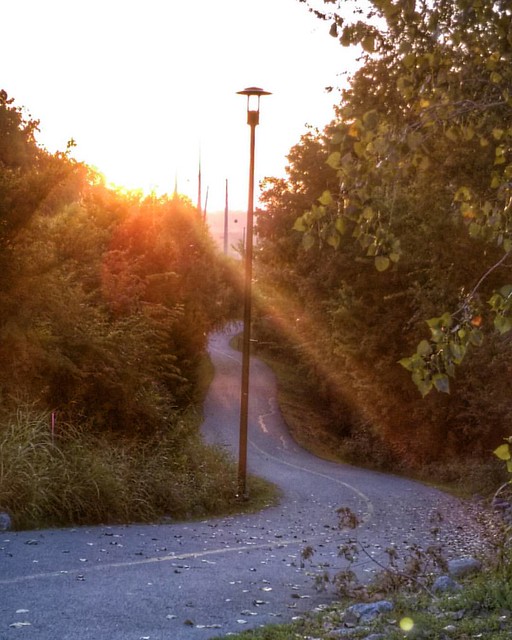 The sun was just coming up when I got there but the place with abuzz with activity. On a race like this the organizers and volunteers have already been out since dark thirty marking the course, putting up the various tents and starting gate, cooling the beer down and getting the food ready. 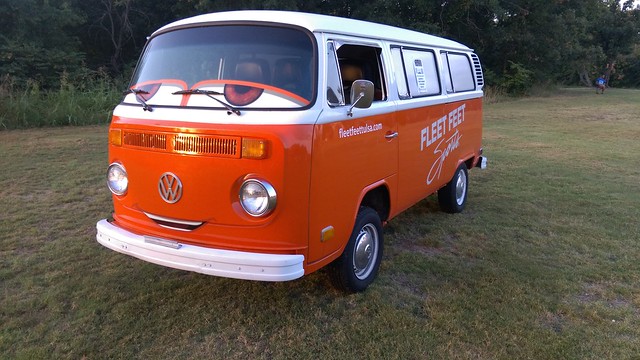 The local Fleet Feet Sports franchise sponsored the race. Tulsa is lucky because we have three really good running stores who not only sell shoes and running clothing but also give back to the community in various ways. They all have training runs and various programs to help runners of all experience levels. Fleet Feet though has the best decorated vehicle though. At 7:15 the hamburgers were already cooking. The beer was iced down. It was provided by Marshall Brewing. I love craft beers have I ever told you. 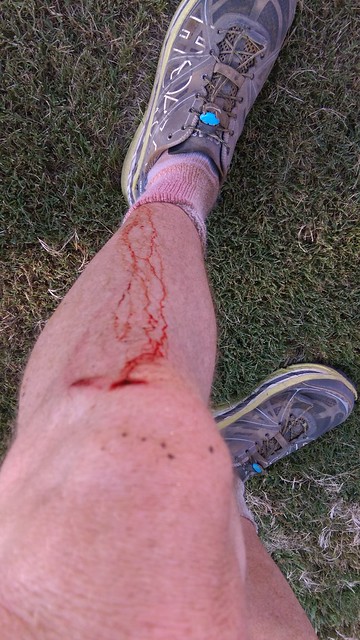 And off we went. The race was jammed up right at first because we were running on trails but after a while we spaced out. I guess that I spaced out too much and at about the 1.6 mile point tripped on a rock and fell on another rock with my knee. It was like ouch. I got up and my knee felt pretty bad so I started hobbling back to the parking lot, dreading the 1.6 miles back but then the knee started feeling better so I turned around after a short while thinking that I could walk it out but I had to climb up a few rocks and the knee started barking at me again so I turned back to the parking lot and got about a tenth or two down the trail and the knee started feeling better so I said what the heck, I have a long walk either way. So I turned around and walked the rest of the race except for a one mail segment where I ran. Fortunately there is not that much difference between my walking speed and running speed (sad to say). So I was able to finish and get some bling and a couple beers or three and a hamburger.

I think I finished near the last. I generally do. Last year I finished 94th out of 96 men. Believe it or not I finished ahead of some people this year. This year I finished 185th out of 204. Which means that nineteen people entered Yogi’s Hall of Shame except two of them were older than me so a net 17 people finished behind me that were younger than me.

At least nobody tried to prevent me from passing them as happened last year.

I appreciate Fleet Feet Sports and all the volunteers who came out to help. The race was fun and well marked.

I’m now at home with leg propped up. Heather is taking very good care of me. I might not be running very much for a week or two.

Promo News Interview before the event

Fleet Feet took pics of the starting line and the finishing line and I think they probably got everybody just in case you wanted to check up on our husband, wife, girlfriend, boyfriend or whoever to make sure they were really there.

A brief video by Fleet Street of what looks to be the finish of the two mile race.