The Tulsa Garden Center is housed in the former David Travis Mansion on Peoria Avenue. 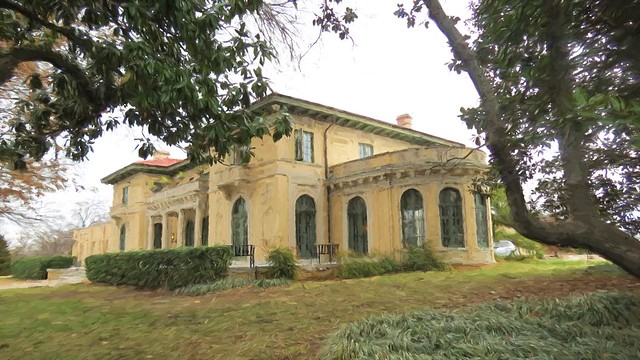 It was built in the early 1920’s by David Travis (formerly Rabinowitz) an early day Tulsa Oilman and immigrant from Russian who in true wildcatter fashion didn’t get live in for very long and lost it  because of an oil price crash (I have to say that he wasn’t a wildcatter but he was in the oilfield supply business). It had various owners, finally ending up with another oilman who sold it to the City of Tulsa. 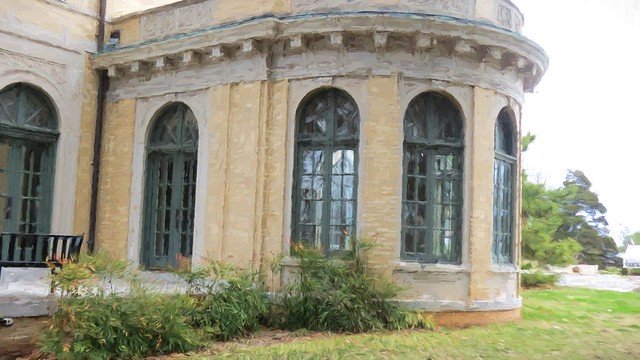 It’s a busy place as it hosts thirty gardening groups plus countless weddings and fundraisers during the year. My wife during her Master Gardener phase worked in the library and then later taught children during weekend programs. I have been all through the mansion while helping her carry stuff here and there including the attic servants quarters where the children’s supplies were kept. Supposedly there is a ghost present and if I were ghost I would haunt this place as it is absolutely beautiful. 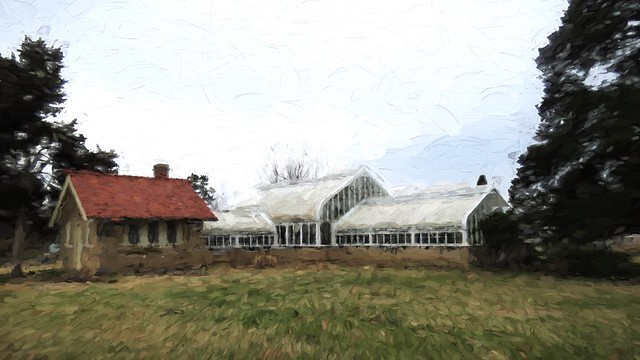 This is the back side of the Conservatory of the Garden Center. The front of the building gets all the attention but I find it rather bland. I much prefer the rear. Mainly because of the red tile roof of the building attached to it. 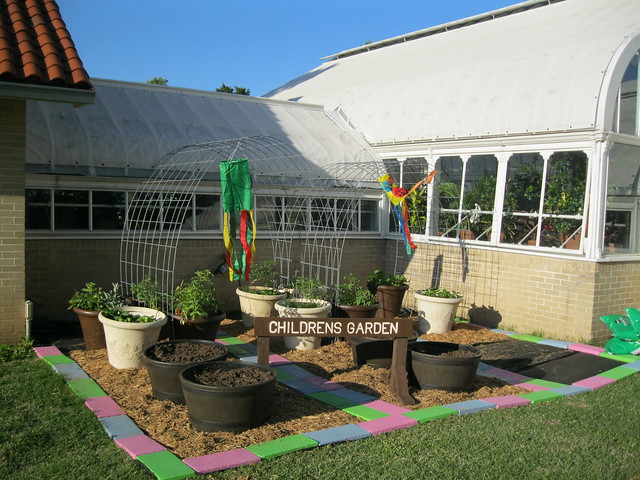 Four years ago in that same corner, Heather and I built a Children’s Garden for the Garden Center. It doesn’t look like much but it was a lot of work. They didn’t have a place for the kids to work with soil and Heather didn’t think that it didn’t make too much sense teaching kids about gardening if they didn’t  have a place of their own to plant and tend plants. 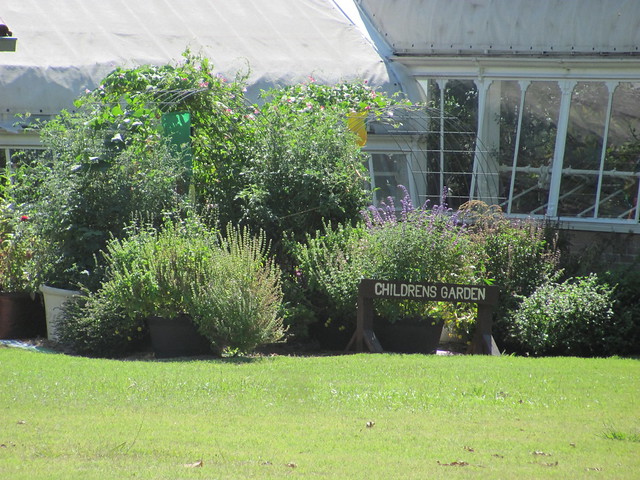 It took off and grew though!! Heather left the program and moved on to other things and so did the Garden Center and all that she put in got taken out. Which, if you know anything about gardening, is the way things go.

The Tulsa Garden Center is a great organization and a great place check it out.