“W” is for Wrought Iron. This example at the beautiful Linnaeus Gardens at Tulsa’s Woodward Park.

I don’t have a whole lot of “U” tags but here goes with what I found.

U is for United States Flag!!! Here is our flag along with a bunch of others snapping in the breeze at a local high school.

U is also for University Club Apartments here in Tulsa. It is the eight tallest building in Tulsa!! Okay, that is not impressive but it is also the first building in the US designed with a computer. Read about it in Wikileaks.

U is for Union Picketers!! For a long time we had these guys picketing a job downtown. Now, here is where this gets complicated. These are not carpenters or any other tradesmen or actual union members. These are homeless people recruited by a union to picket. I guess that the actual union members couldn’t be bothered. I explain it all here if you are interested. Don’t get me wrong. I don’t have a problem with unions.

U is for the USS Batfish, a World War II era submarine now on display in Muskogee and available for tours. Son and I have done it and it is very cool. Interesting story is that it is now refloated. During the floods the past week, it floated and broke the chains holding it and the community had to work together to keep it from floating away. Read about it here, and there is a video.

So that is all I have for U’s! Go check out others at ABC Wednesday

S is for Sailboat – this one seen during a family kayaking expedition on the Bon Secour River in Alabama near Mobile Bay.

S is for Sarcophagus for the Nelson Atkins Museum of Art in Kansas City, Missouri.

S is for Sasquatch. I met this friendly fellow at a trail race here in Oklahoma.

S is for School Desk.

And S is for Seals. Or maybe it is a sea lion!!

S is also for Sea Plane. This one landed on the intercoastal canal in Gulf Shores, Alabama and taxied to a restaurant for lunch. The pilot and the passengers. The plane didn’t get lunch. But you probably alraeady knew that.

First up “N” is for Natural Gas!! That is what I do for a living. It’s kind of hard to take a picture of though because it is odorless and colorless. (The odor you associate with it is added before it gets to your house.) Above are pictured natural gas compressors in the Woodford Shale Field east of Oklahoma City. My job involves optimizing the use of these machines to maximize the production of natural gas while minimizing costs (consistent with safe operation).

Believe it or not, I am on the sustainability team at work as optimization is all about sustainability. Do I believe in man-made global warming? Yep, I do. I also believe in hot showers! I am an “all the above” on energy and I think we are headed toward green energy faster than what most people think. I follow the trends and stats. Wind and Solar is taking market share away from natural gas (for electric power generation) and gas is taking away market share from coal and nuclear, and is barely holding its own. The growth in natural gas production is export. Energy for transportation (gasoline for our cars) will be the hard part.

I love the idea of nuclear power but I am not sure we are going to restart that. I am reading “Midnight in Chernobyl” by Adam Higginbotham and there are some chilling passages, especially about the plant management who refused to believe that a reactor core had literally exploded and insisted that they had it under control, when actually their reactor core graphite was all over the countryside and there was literally no reactor left to cool. I can tell you from first hand experience that the human capacity for denial is infinite. (Oops I digress, I am bad about that!)

N is also for Neon. This is Orphas’s Lounge in downtown Tulsa. I have been stepping over the drunks passed out at its front door since I’ve been working in Tulsa since 1992 (admittedly a rare occurrence.) My goal is to go inside and have a beer one of these days before I retire. As old as I am though, I am too young to die!!

N is for National Guard Armory. This one is a now privately owned one in Haskell, Oklahoma about an hour or so from Tulsa. Remember when all the towns had one it seemed. They used to be almost community centers. Not any longer for some reason.

So that’s about it!! I am linking with ABC Wednesday 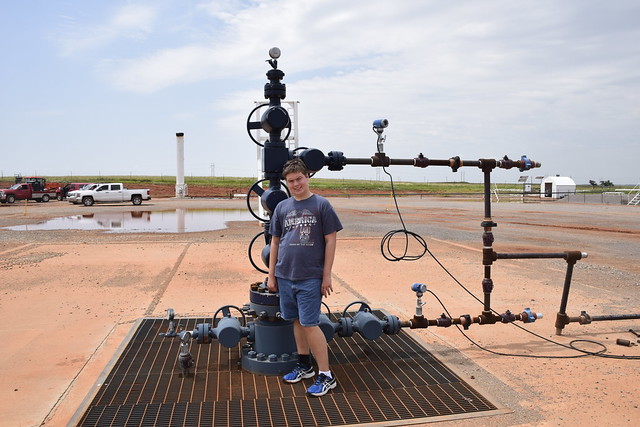 Lots of possibilities for N’s. How about a natural gas well!! Above is my son next to a wellhead in Western Oklahoma. A Colony Wash Shale well if you must know. And yes it was fracked. And because of that all the babies in Oklahoma are now born stark naked. Just ask Logan, he was born naked and was so embarrassed. I hope that hasn’t spread to where you live now. We have to stop them  frackers!! I was talking to a guy from California a while back and he was telling me how evil hydrocarbons are and how bad pipelines are and how we need to “disinvest” from all that. I asked him if he had a car. He told me he didn’t use hydrocarbons. His car was electric he told me all proud and everything. I let it go. I learned a long time ago to never argue with idiots. (And yes, I believe in human caused climate change, and that we need to reduce carbon emissions.)

Is being near the well dangerous you ask? I tell you what is dangerous. See that grate that my son is standing on. Take the grate off and climb down into the vault to check it out. Watch out for the slithery things that rattle. Those are dangerous. Stay out of that vault and you are safe. Just don’t mess with anything. Please!! 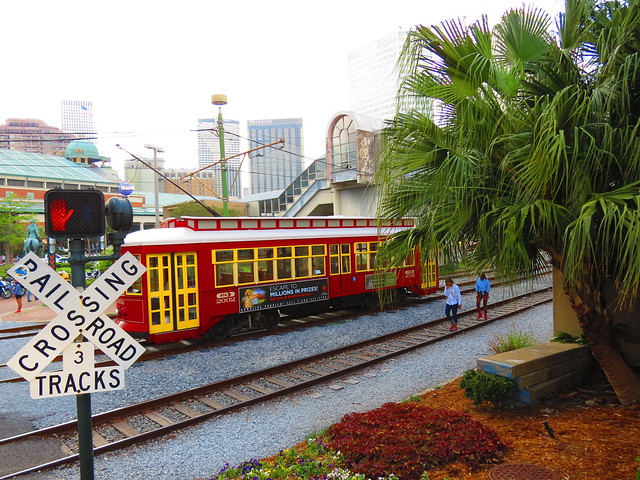 N is for New Orleans. Always. 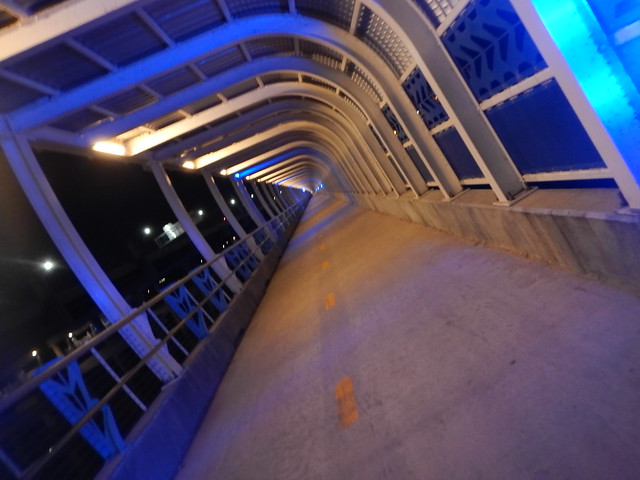 N is for night time running. It always takes a little getting used to. Keep your wits about you is my advice. 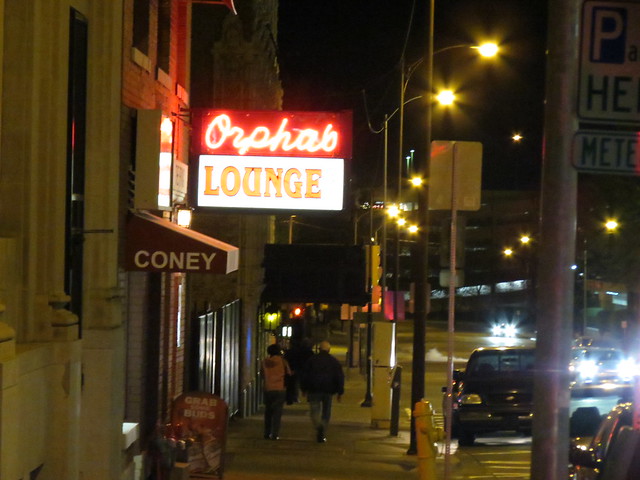 N is for neon. Who doesn’t love Neon lights. 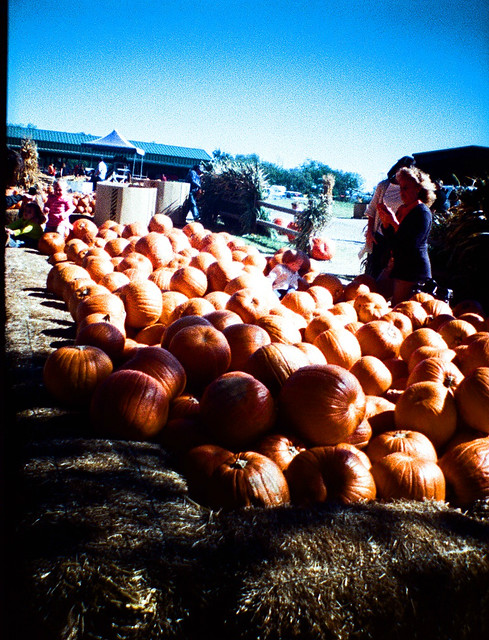 It is October so P has to be for Pumpkins, lots of pumpkins, pumpkins everywhere! 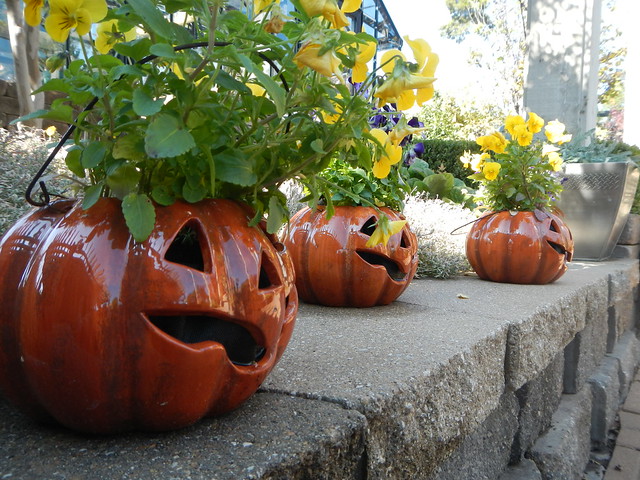 Even crying pumpkins with flowers planted in them. 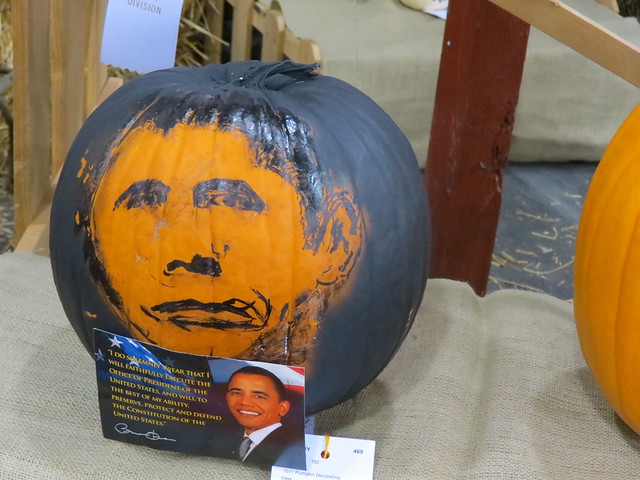 And even pumpkins painted to look like our President!! 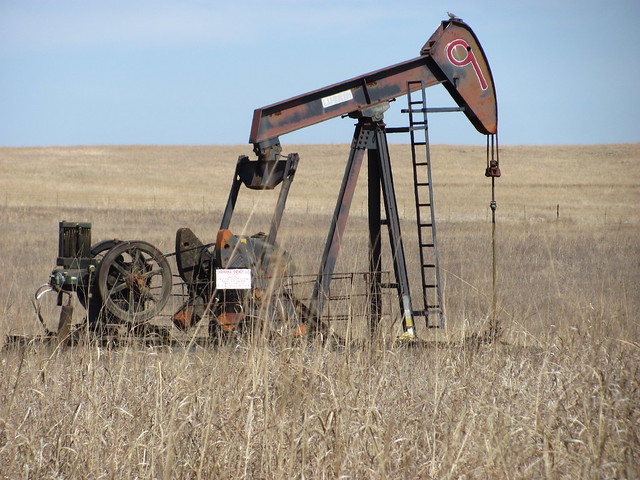 In Oklahoma “O” is for Oil Wells!!! LIke this old well up in Osage County in the northeast part of the state. 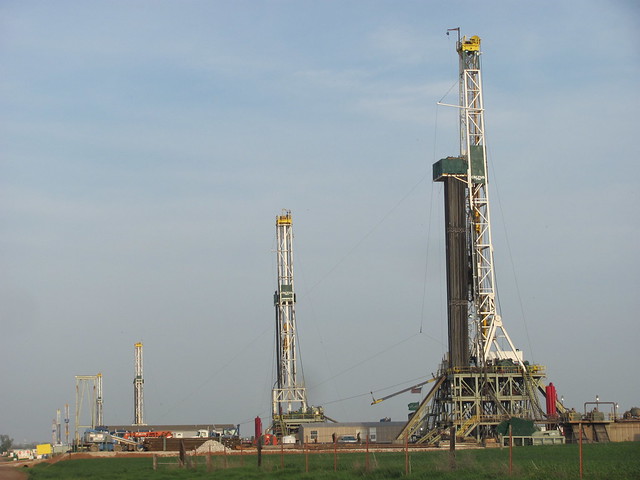 Or like these new wells being drilled into the Cana Woodford Shale in western Oklahoma.

Do you have oil wells where you live? 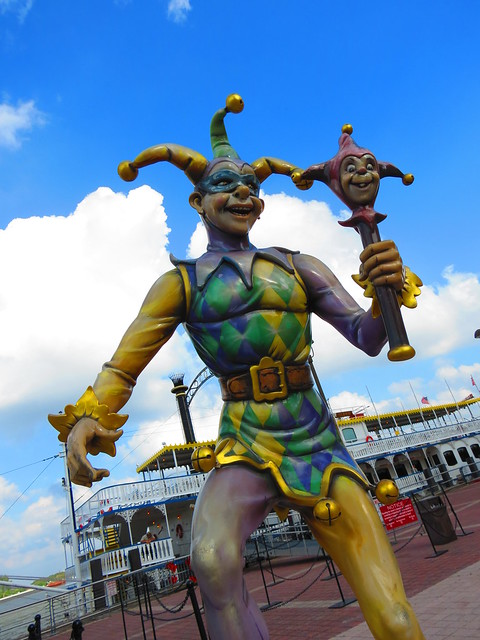 The letter this week is N. What better N than New Orleans? 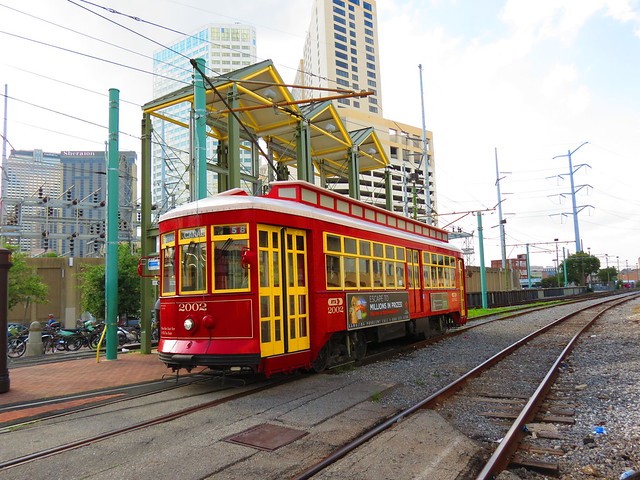 It is a city of Street Cars. 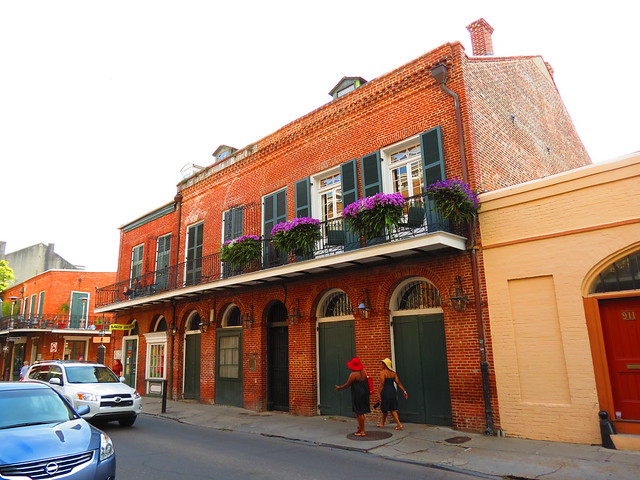 And ancient houses with flowers up top. And great food, and music, and all sorts of stuff!! 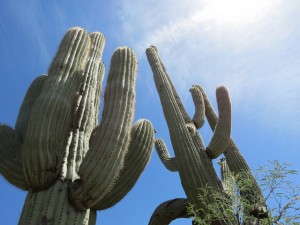 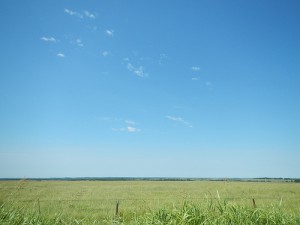 “E” is For Expanse, the Wide Open Spaces. This week I drove from Oklahoma up to South Dakota and back to attend a family reunion. Driving through Oklahoma, Missouri, Iowa, South Dakota and Nebraska and Kansas on the return trip it truly is amazing how big and Expansive the Great Plains are. They really are beautiful.

Have you been on a road trip lately? Where did you go? What did you see?