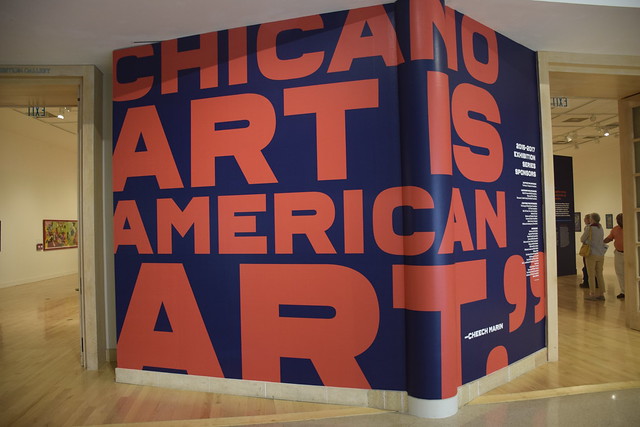 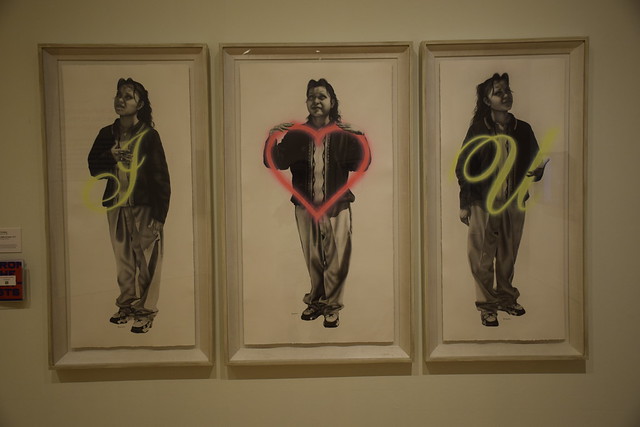 Tirando Rollo (I Love You) by Gaspar Enriquez

It is amazing. A wide variety of styles of both established and new artists. They were all new to me. I had never seen an exhibition dedicated to Chicano art before. 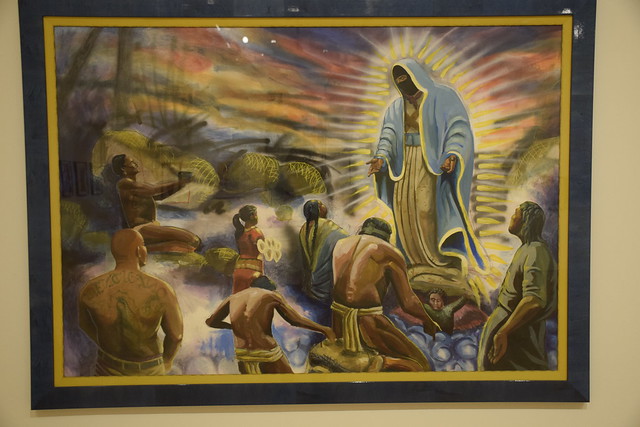 Many of the works are political or religious in nature and they all express strong emotions such as the above work by Cristi reflecting his feeling that the Catholic Church has hurt his people more than helped.

I have not heard the word “Chicano” used very much in decades. Growing up in New Mexico it was a common term and seemed interchangeable with Mexican-American with connotations of cultural pride. I don’t know why I haven’t heard it in Oklahoma especially since there is quite a bit of Hispanic cultural influence here. From my brief survey on the internet the term is still controversial and not everybody considers in a positive light.

I found the art to be remarkable and very good and succeeded maybe in enlarging my world a little bit. The exhibition recently opened and will be a Philbrook until early September. Check the Philbrook link  for deatails.