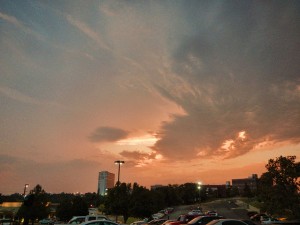 Oklahoma sure has some beautiful skies this time of year. No wall clouds here so its okay. We in tornade alley know all about wall clouds, echo hooks, supercells, squall lines, rain shrouds, microbursts, wind shear,  and the difference between a tornado warning and a tornado watch as well as all sorts of other atmospheric physics. This night we could just enjoy the rose colored sunset.

Plus most of us marvel at the stupidity of the storm chasers. 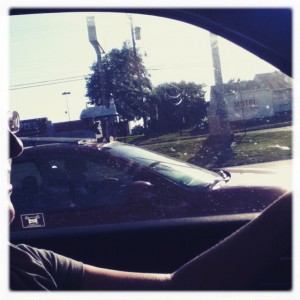 When things go wrong I sympathize with their loved ones and friends who are left behind.

The Moore tornado has thrown me for a loop this week. I apologize I just hadn’t felt like posting or visiting other blogs. I have been  glued to twitter and facebook and news sites reading about the tornado and its aftermath. CNN.COM has an essay by Oklahoma Today Editor Nathan Gunter that really spoke to me. He writes about the relationship between Okies and the sky. 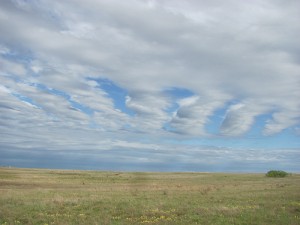 “Oklahomans have a special relationship with the sky. We know how to look up. On the prairies of western Oklahoma, the skies are so big, and so full, it is easy to feel you may begin to fall upward, or even fly. To live underneath this unbroken expanse of heaven can be at once inspiring and terrifying.” 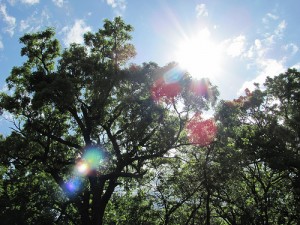 “Our identity is in softly rolling prairies giving way to forested hills, in long stretches of horizon that make you feel like you could see almost to eternity, and in big skies stretched tight above it all. We have learned to watch those skies — for blessings, for rain, for sunshine, for wind and for signs of danger.” 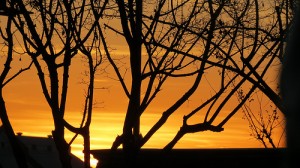 “Green-tinted clouds are never a good sign; a hook echo on a radar — the telltale swirl at the edge of a storm pattern indicating strong rotation — means take cover.” 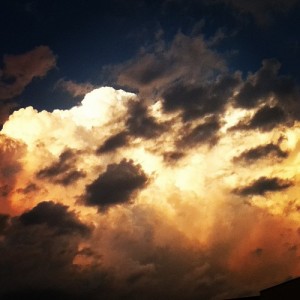 “In Moore, it began almost as soon as the tornado touched down. Teachers at Plaza Towers and Briarwood elementary schools threw their bodies over their students to protect them from debris. Survivors flooded the streets helping to dig their neighbors out from under collapsed homes. Trucks filled with supplies raced to the scene.

We help. That is how we begin. It’s what we know how to do. Word just came from Red Cross Oklahoma that Oklahoma City Thunder star forward Kevin Durant has donated $1 million to disaster relief efforts; Devon Energy, headquartered in Oklahoma City, donated $2.5 million. Thousands more from all over the country have donated what they can.”

“For Okies, this is what home is about.”

I can’t really add anything else. 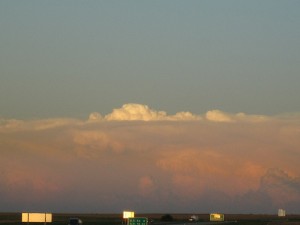 (Back side of storm system that developed into the Joplin, Missouri tornado of May 22, 2011, 158 killed)

We  have had some bad weather today in Oklahoma. A huge tornado went right through Moore, Oklahoma and as I write this post, there have been 51 confirmed deaths, including 21 children, and a large number of people unaccounted including 24 in an elementary school. 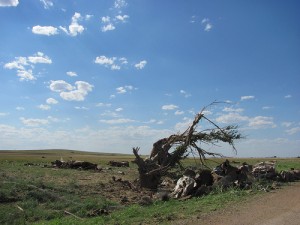 We get a little antsy here in Oklahoma when the weather is warm and humid here in Oklahoma and the winds get a little swirly. There is too much energy in the air. The storms seem to in west Texas in the heat of the afternoon and set out  in a roughly northeast direction across Oklahoma. The television stations go nuts with their storm radars and cameras and their weather chasers. It’s all very anxiety producing. 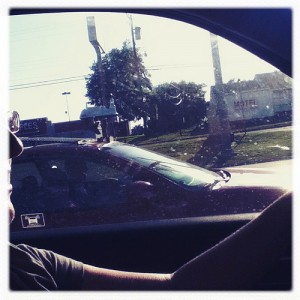 To some it seems to be a sport and lots of fun. I even read reports of tourists paying to ride with tornado chasers. I think they are nuts. 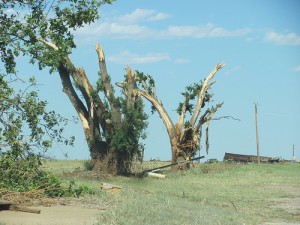 We  clear out our saferoom and hope and pray for the best. Most of the time nothing happens and we bitch about missing the playoff game, or the last holes of the golf tournament although we are not too serious about it. 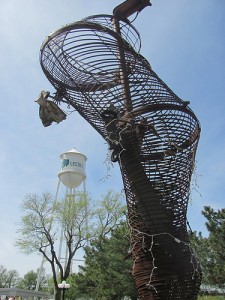 Today though, we are not complaining about anything. We are shocked by the loss of life, especially that of children, and hope and pray that that twenty four unaccounted for children at Plaza Towers elementary school made it home.