Tulsa had their annual Veterans Day Parade on Monday. It is a big deal in Tulsa. 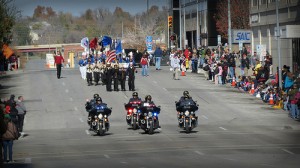 The Police motorcycles opened things up along with a color guard. I wear a hat almost always when I’m outside but not at this parade. I’m old school, when the flag comes by you take your lid off, unless you are in uniform of course. Khaki slacks and golf shirt is a uniform of sorts but not the right kind. 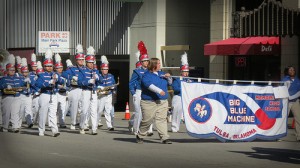 There were lots of marching bands. 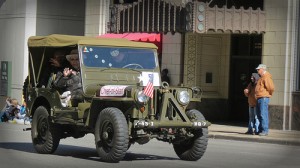 There were some old military vehicles. 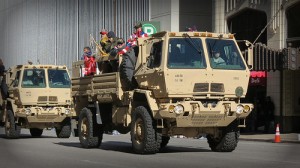 And some brand spanking new ones. 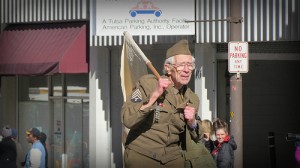 There were some very mature soldiers. This gentleman has been in every Veterans Parade I’ve seen. 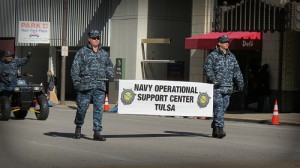 And the Navy showed up. Navy, Tulsa, just go with it okay? 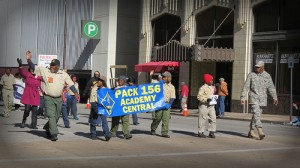 And some of our future leaders showed up. Big smiles, walking proud. Kudos to whoever got them in the parade. 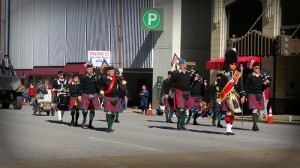 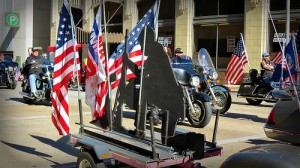 And lots and lots of flags.

Kudos to all the participants and to whoever organizes the parade. They do a great job ever year.