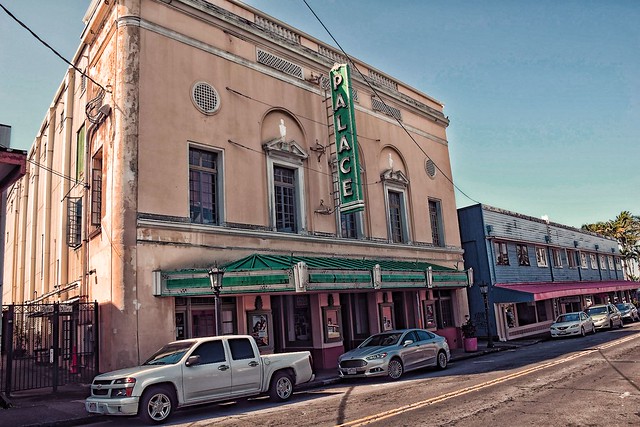 Our guide on the big island of Hawaii took us by the Palace Theater in Hilo so I could take a few pictures. It is a grand structure and fortunately has been restored and is in use as a theater for both movies and musical performances. It was built in the 1920’s. It’s structural columns is redwood imported from the Pacific Northwest.  Land is expensive in Hawaii, even back then so to maximize the use of space stadium seating is used which makes for a spacious lobby located underneath the stadium. This beautiful building was quite a find. I am always happy to see old buildings maintained and in use. 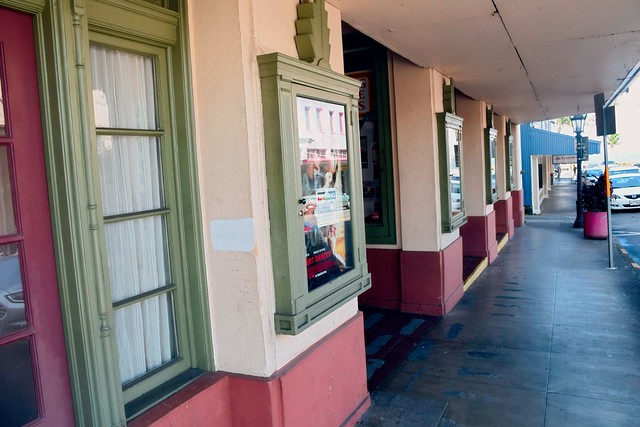