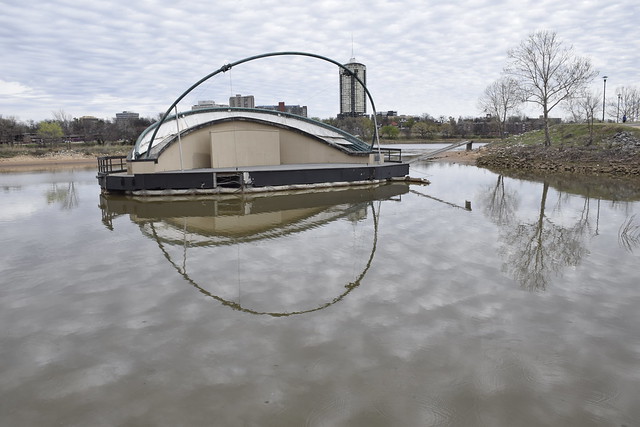 Logan has Spring Break this week. Originally we thought we might go to New York City but one thing led to another and so we are staying in town but trying to get out and do things. Wednesday we all slept in and then breakfasted at First Watch and then went to Zink Lake on the Arkansas River and walked about three miles or so. 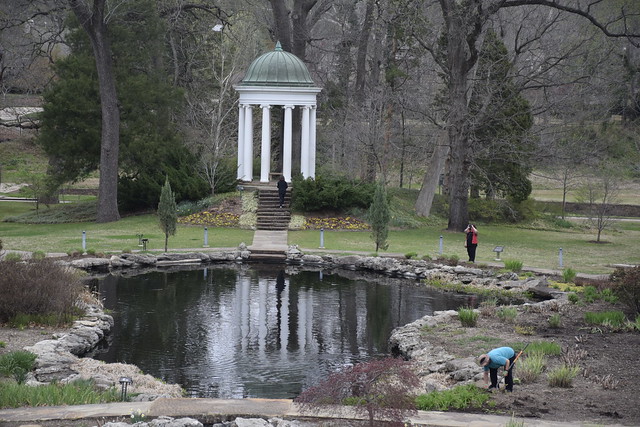 We then went to the Philbrook Museum because I wanted to get some pics of daffodils. While there of course I had to take some pics of the Tempietto and the reflecting pool. I think more electrons have been spent photographing the Tempietto than any other feature in Tulsa. 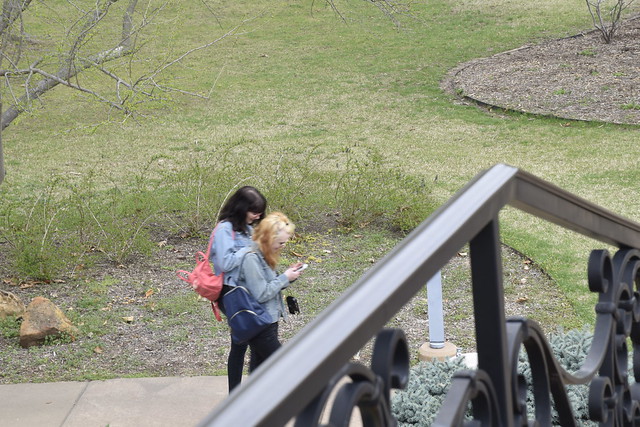 All that is lost on some folks who walk around staring at the little screens. 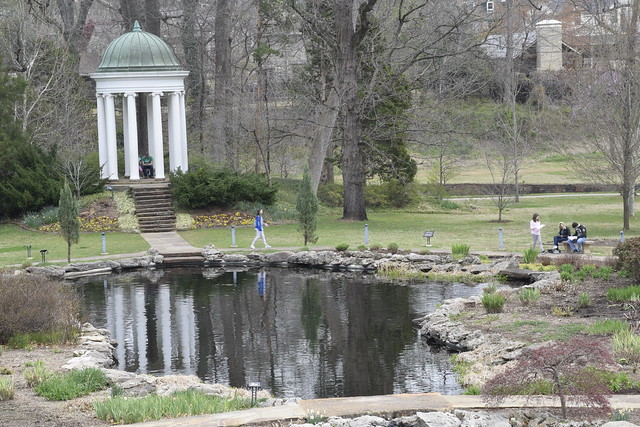 Wednesday night we took Logan to see the “The Good, the Bad, and the Ugly” with Clint Eastwood. I saw it about forty years ago when it came out and wow, I was blown away at how good it is. What a great, intense, well done, movie. Logan loved it also. Afterwards we realized it is the first R rated movie we ever took him to see so I guess it is a rite of passage. 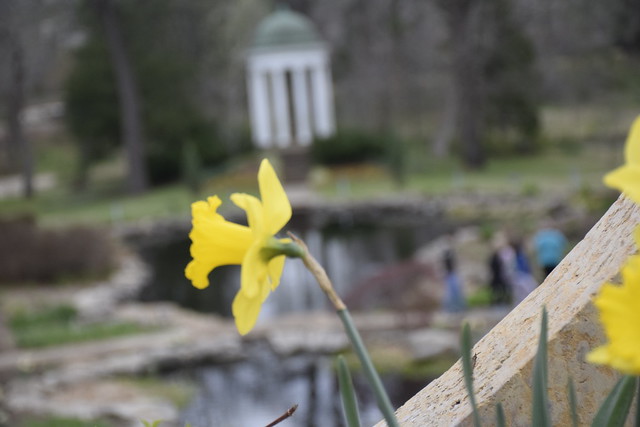 Out of focus, and off kilter, I kind of like it that way except I wish I had the focus on the flower better.

I said something about daffodils, here are one and a half. I was trying to do the bokeh thing by messing with the speed and aperture. Next time I will figure out how to fix the focus so this is all I have for now. I’ll be posting my daffodil pics later.

Have you ever tried staycating? What is the secret. 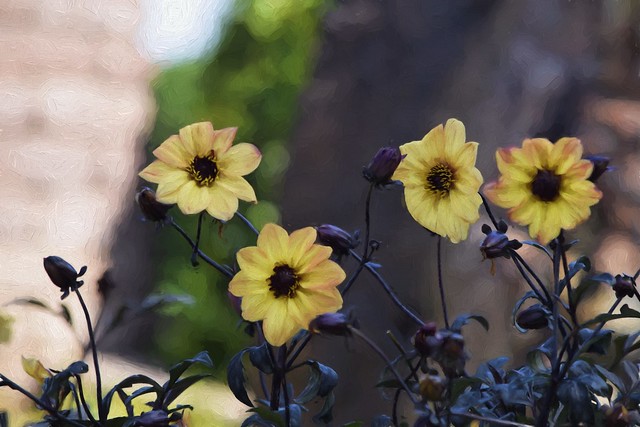 I found myself with some time last Saturday after I dropped the kid off at his Improv class so I went up to Tulsa’s Linnaeus Teaching Gardens and strolled around taking pictures. I am trying to learn how to do bokeh where the subject is in focus and the background is out of focus. I found these yellow flowers (you want to know what kind they are, I told you, they are yellow flowers) and loved them. For today I ran them through Topaz Impressions and backed the filter off about a quarter.

There is something about the last days of summer that makes flowers that much more beautiful even though they may be a little faded.