The whole family went out to see La La Land Friday night. Talk about a great movie! It is like an old fashioned musical with a bittersweet note. Emma Stone and Ryan Gosling do really well together in this movie. She is a struggling actress working as barista in a movie lot coffee store and Ryan plays a jazz pianist trying to make a living while staying true to his craft. They meet, they are a little bristly with each other and then they fall in love and they struggle to stay there as they through life together. Like I said it is bittersweet and in the meantime there is lots of singing and dancing. The costuming is beautiful and the dialog is sharp.

This is a feelgood movie deluxe and one of the best ones I have seen in a long time. I give it five stars out of five, or four out of four or just whatever scale you want to use this comes out at the top. 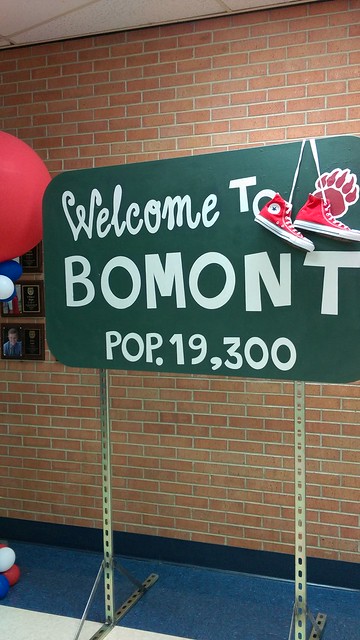 Logan’s school put on another musical this year, Footloose about a small town in Oklahoma that bans dancing in the city limits and the kids fight city hall and win. It is based on actual events in Elmore City, Oklahoma in 1980. Read about it here. 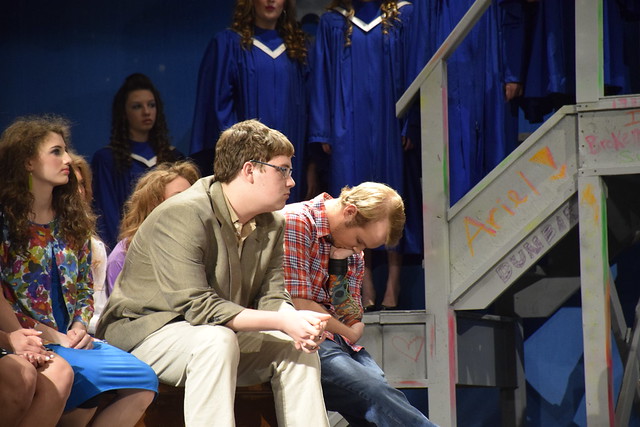 Logan as a parishoner during a sermon. The beige and beige on beige look was what I had in the 80’s until I met Heather and she introduced me to color.

Logan had a small part but he worked hard at it. So did his mother from shopping at Goodwill for 1980’s era clothes (why didn’t she check my closet?) to being at almost all the rehearsals and all the performances. 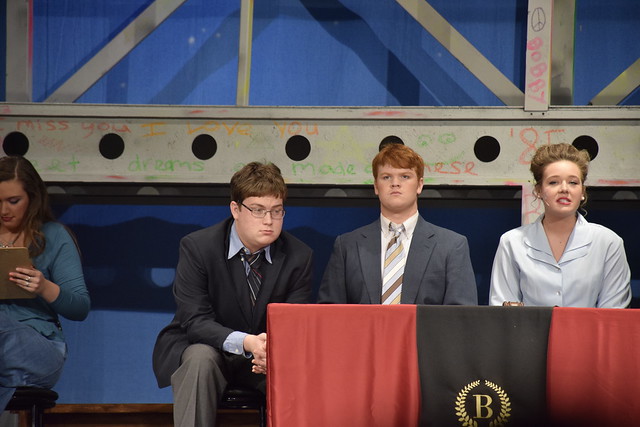 He is a town council member here. He “forgot” to tuck his shirt in before going onstage. I thought Heather was going to have a coronary. She texted him to tuck his pants in before he came back out. Yeah for cell phones. Of course playing on it may have caused the problem in the first place.

The teacher that directs the kids is very demanding but has a big heart. The kids really respond. This production had kids down to sixth grade participating. 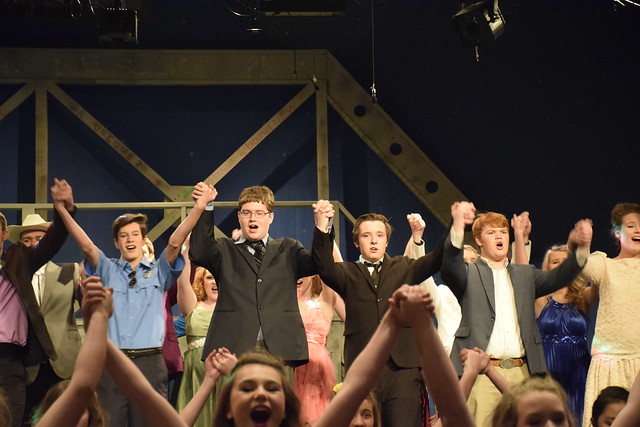 Logan had a small part and he made the most of it and gave it is all. 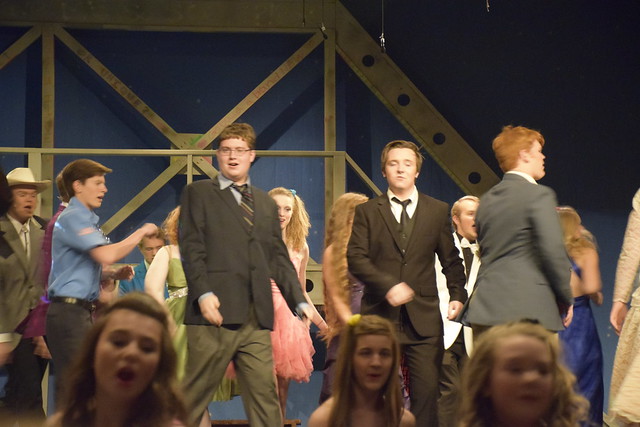 Those of us who are parents know what it is like when you see your kid doing something and enjoying it. 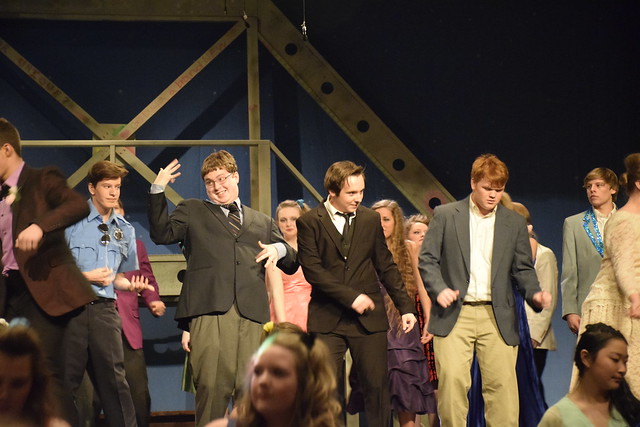 This is his air guitar technique. We hadn’t seen that before.

This is his last high school production so we’ll see what the future holds for Logan. Will he be in any more productions? If he wants to hard enough he will. 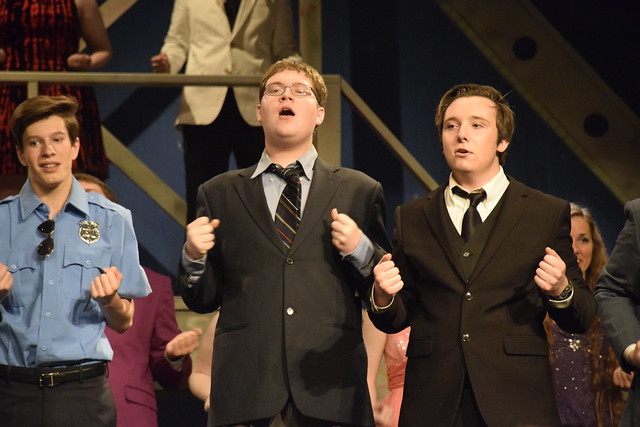 But I will worry about that later, right now I’m enjoying his joy on the stage. 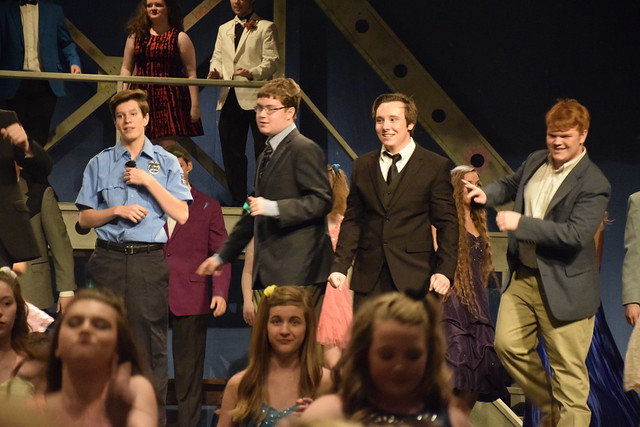