I was tagging old photos today and came across this one of a photo shoot in progress at Tulsa’s Woodward Park of a bride and and all the maids of honor. I think it was early October 2016. I thought it was kind of funny. Some of them didn’t appreciate my photographic endeavors. 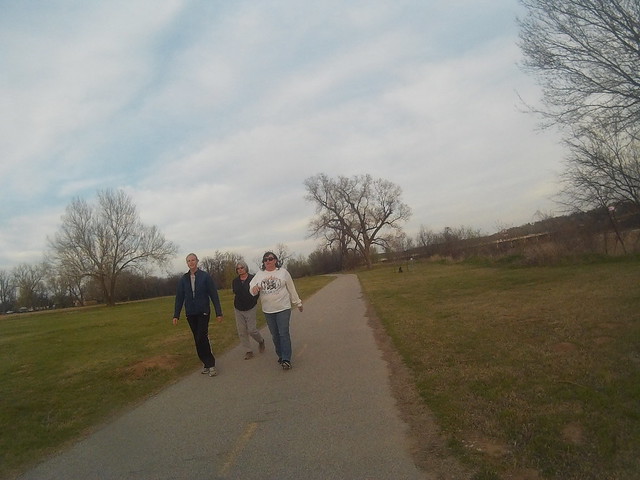 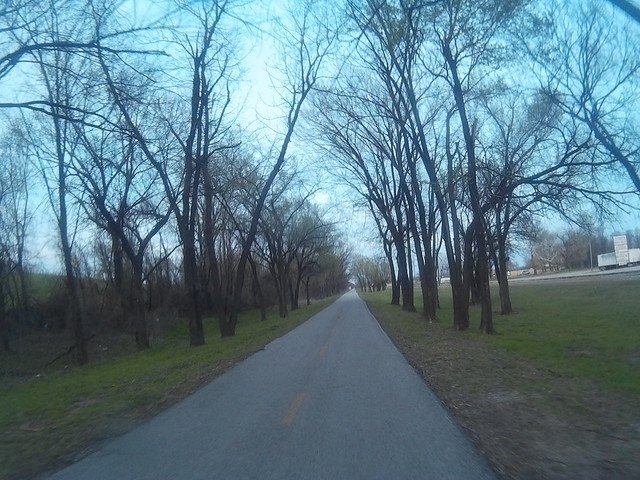 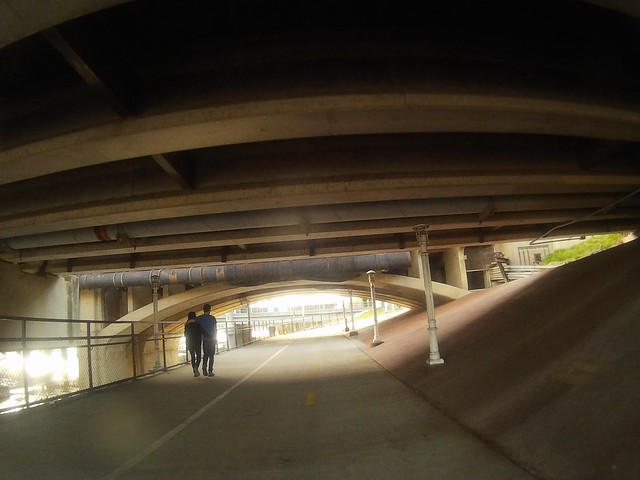 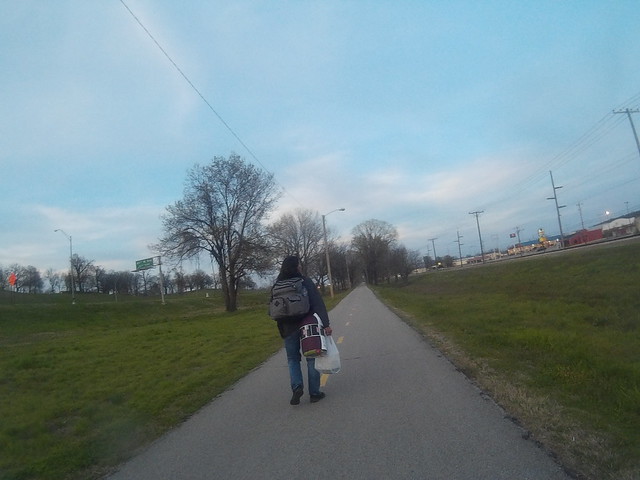 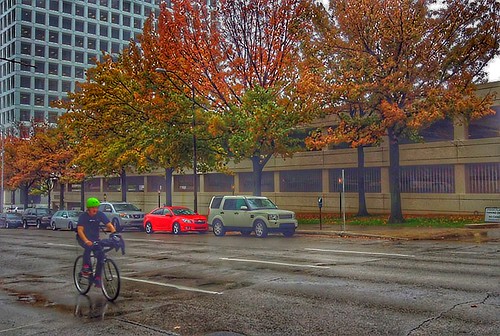 Last week I was coming out the Subway on Denver Avenue when this bicyclist came riding by and I snapped the pic. Later on I realized how much I liked the geometry of the pic the stripes in the road, the curbs the cars lined up, the lines of the parking garage across the way with the rectangular openings. The trees even have geometry. The bottoms of the canopies are lined up and the tops of the canopies form a big wedge and the white Oxy Building with its lattice design.  Against this we have the bicyclist with his green helmet, the bright red car, and if you look carefully, the gas lights across the road.

Have you ever liked a photograph but then had to figure out why? 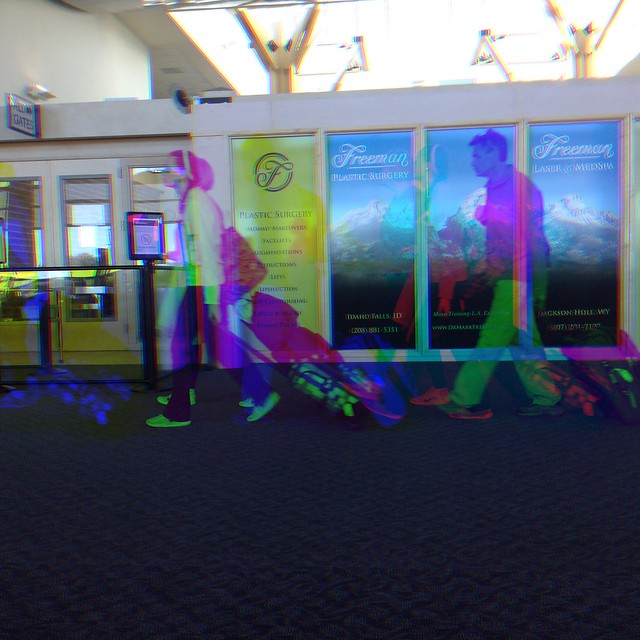 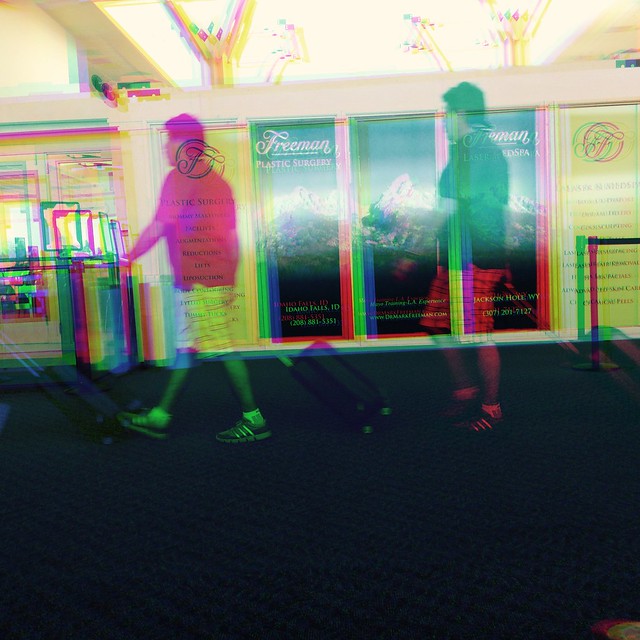 More amusement – sometimes I wonder who I amuse. 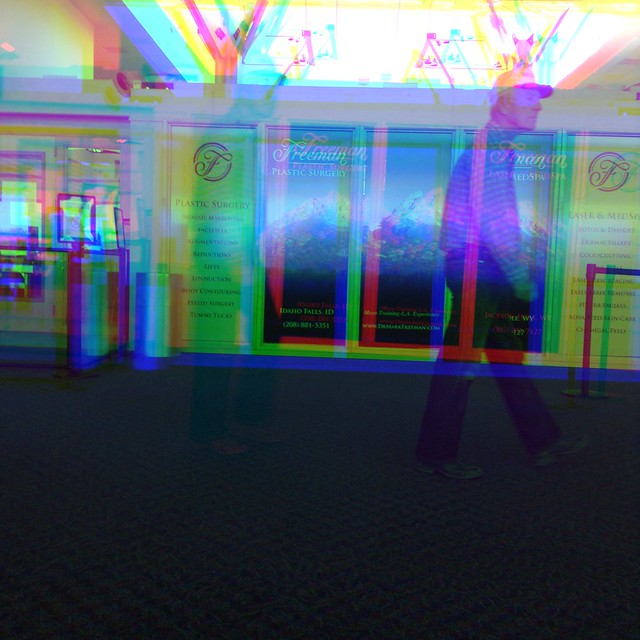 You can tell the people from Idaho. 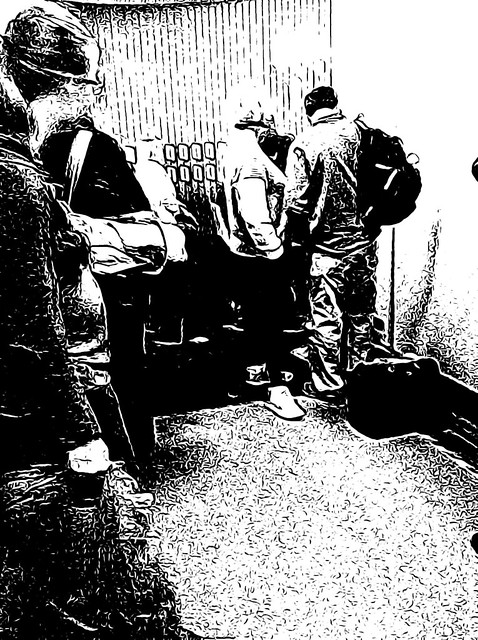 Waiting in the jet way for the gate checked luggage. People always seem a little tired and worn waiting for their gate checked luggage. I am always happy that I didn’t have to manhandle it into an overhead bin nor pay $40 bucks to have it checked through. You play your cards right they will check it through from the podium for free. 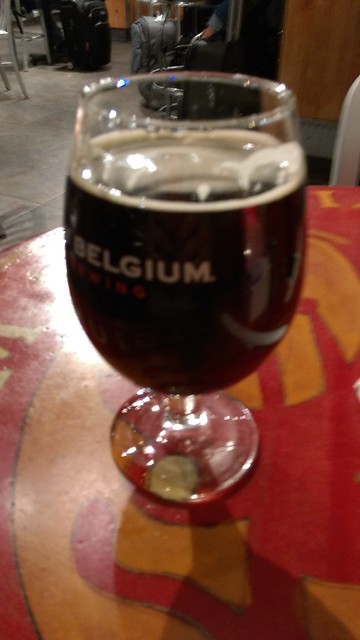 The pause that refreshes. The New Belgium Cafe at the Denver airport has a most excellent Cocoa Mole Porter on tap.

It is Mayfest time again in Tulsa. The downtown festival featuring food, music, crafts, and people watching happens every year and kind of ebbs and flows with the economy. 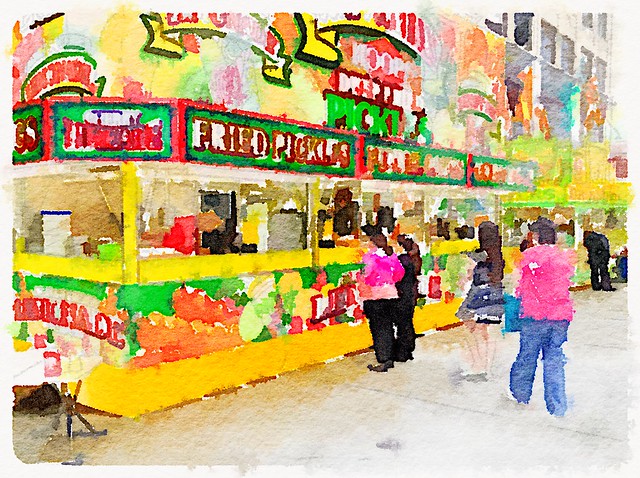 This year found me kind of busy so I wasn’t able to spend as much time as usual but i still made the rounds with my trusty ipod touch and its Waterlogue and Snapseed Apps. 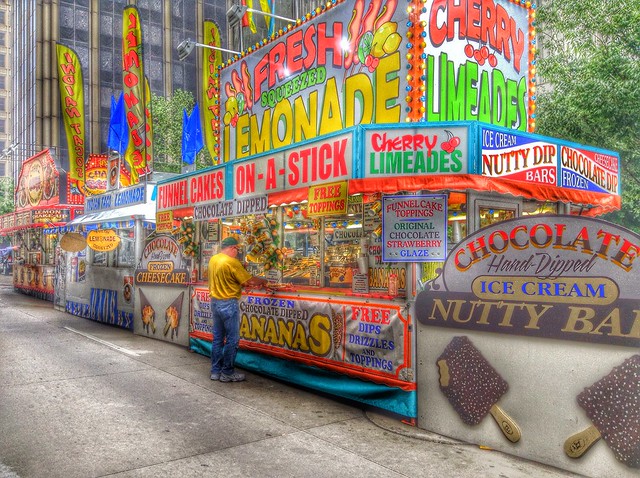 The food stands are my favorite, for taking pictures. Goodness knows I’m not going to eat at one of them. Basically you have to buy coupons to pay for the food and drink. I just want to pay to pay for my food and drink in cash. Not do the deal where I have to see how many coupons I want and then go stand in the coupon line and then go get the food. Lets do something different next year folks. I always thought cash was king. 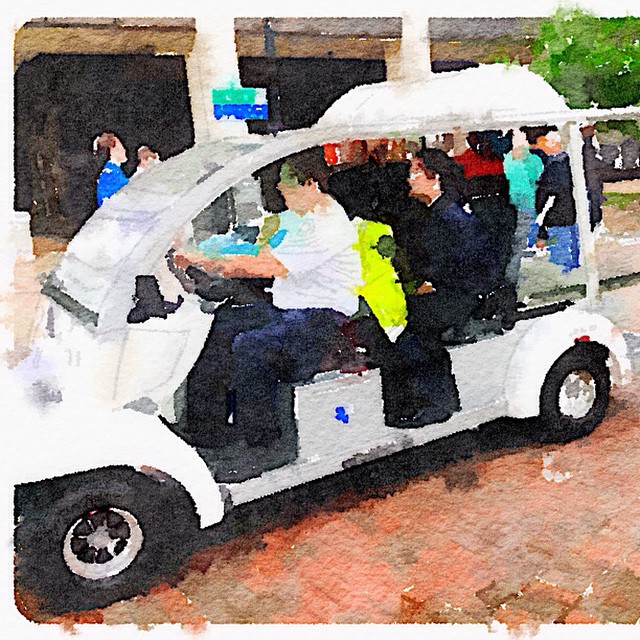 Plus, I didn’t see the Indian Tacos nor the Gyros. Sorry, if I am going to eat festival food it has to be something different. Also, many of the craft vendors had “No photography” signs up. What is up with that. I don’t think they can make it stick but I don’t really like to mess with people when it comes to a conflict between my hobby of blogging and their livelihood. 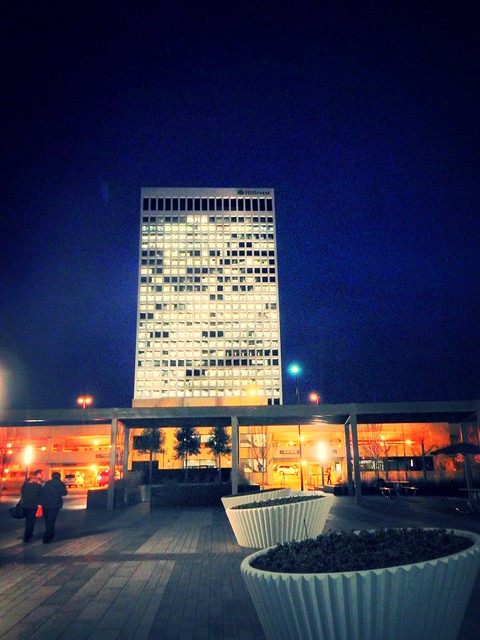